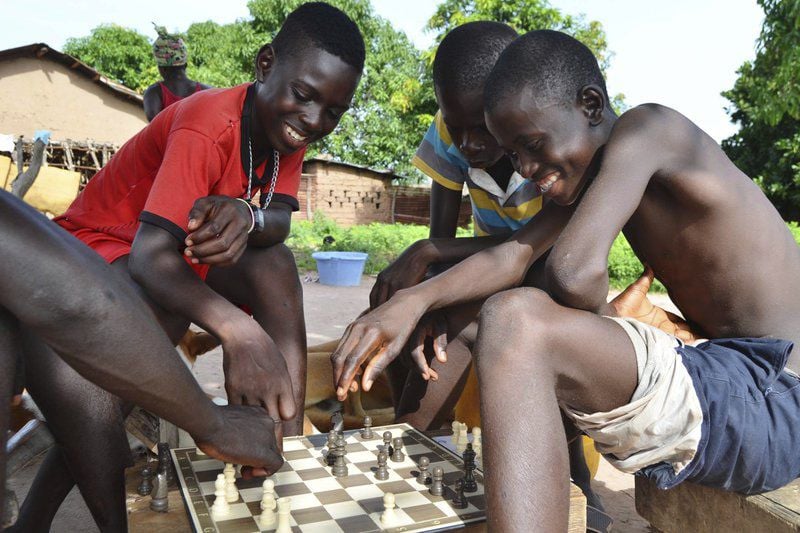 Abdou Badjie, right, plays chess with other Gambians in Kappa, the village where Badjie lives. 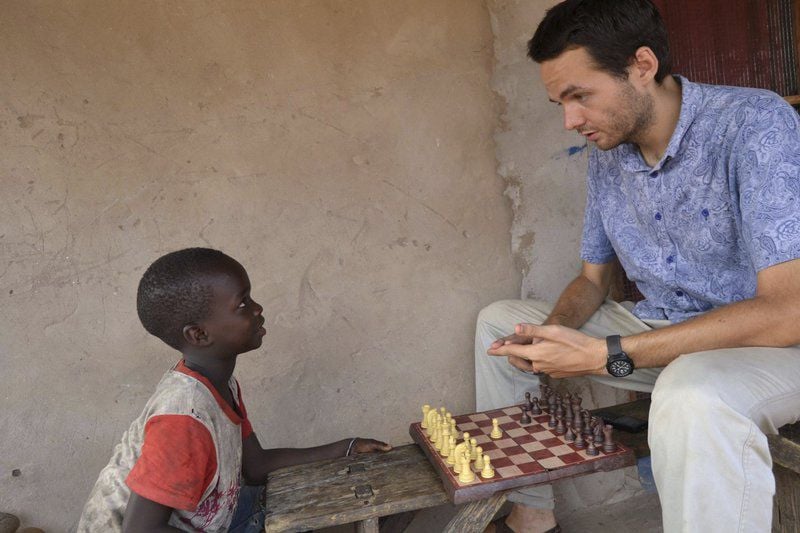 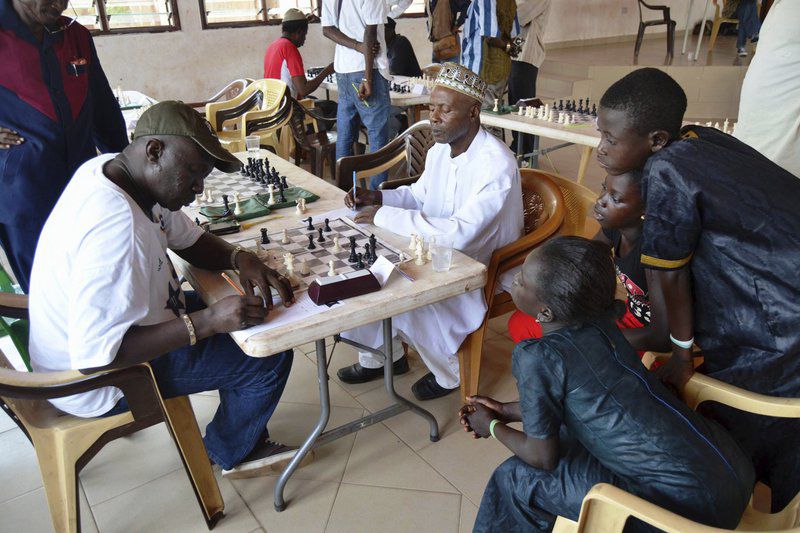 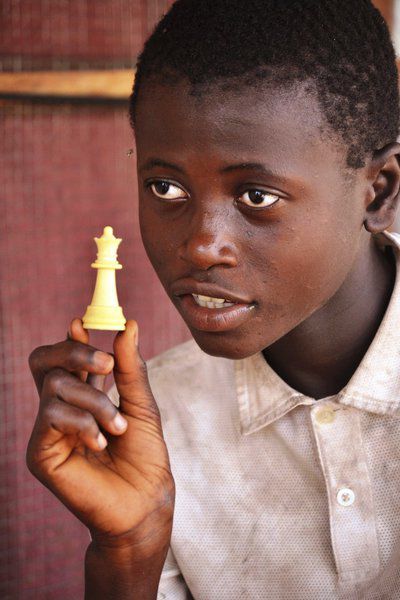 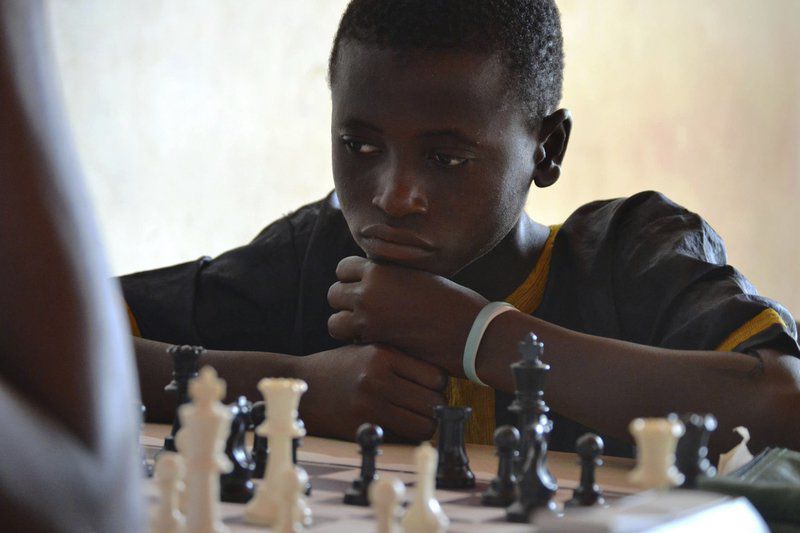 Abdou Badjie examines a chess board while he plays a match.Submitted photos 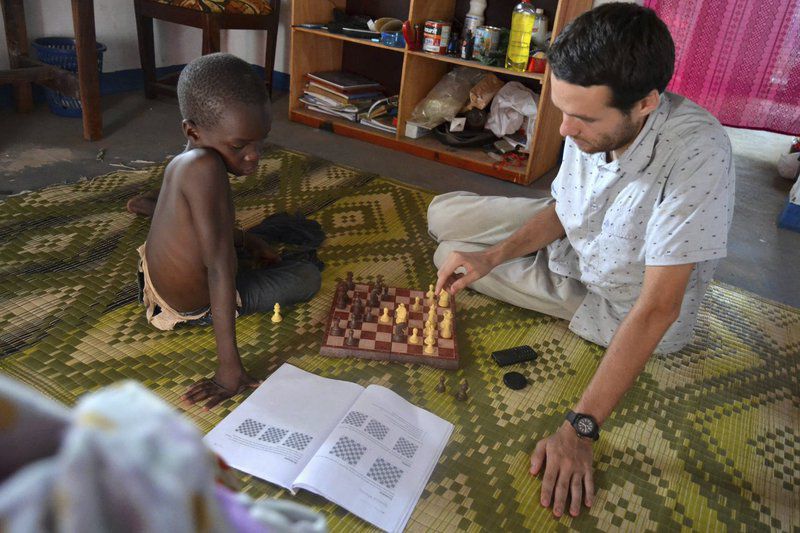 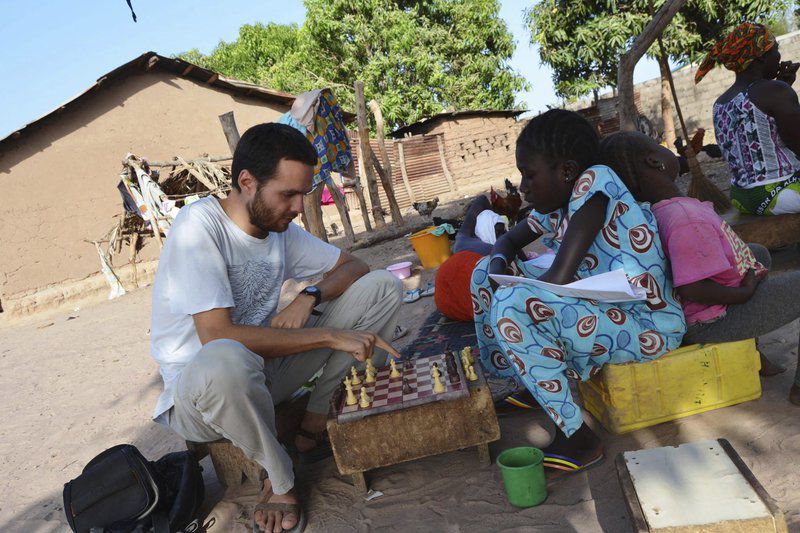 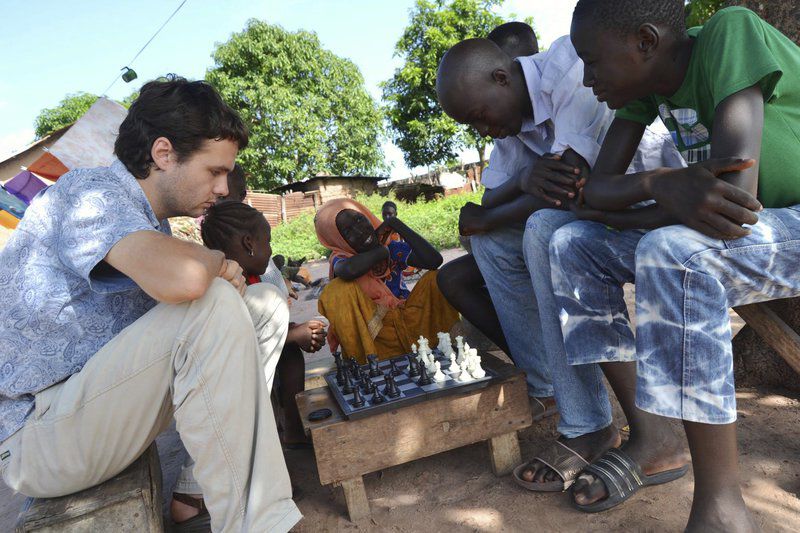 Zac Smith, left, plays chess in Gambia with a group of people he taught to play.Submitted photos 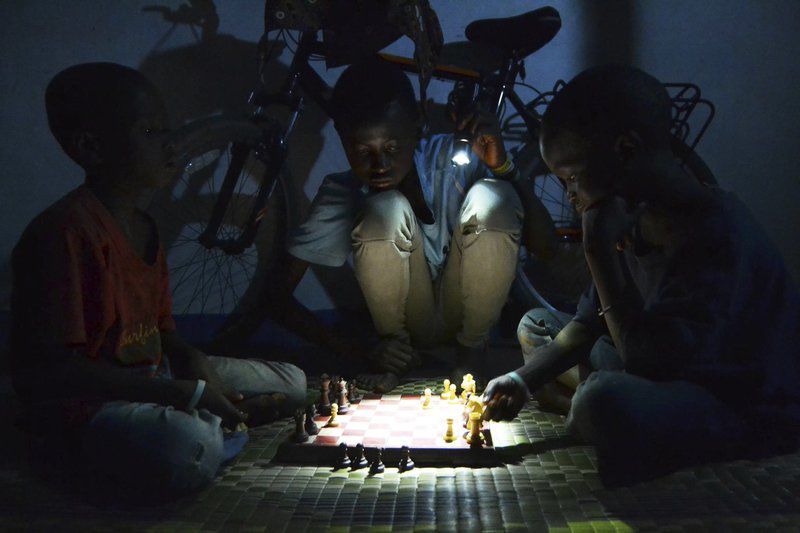 Abdou Badjie, center, holds a flashlight while two other children play chess in the dark. 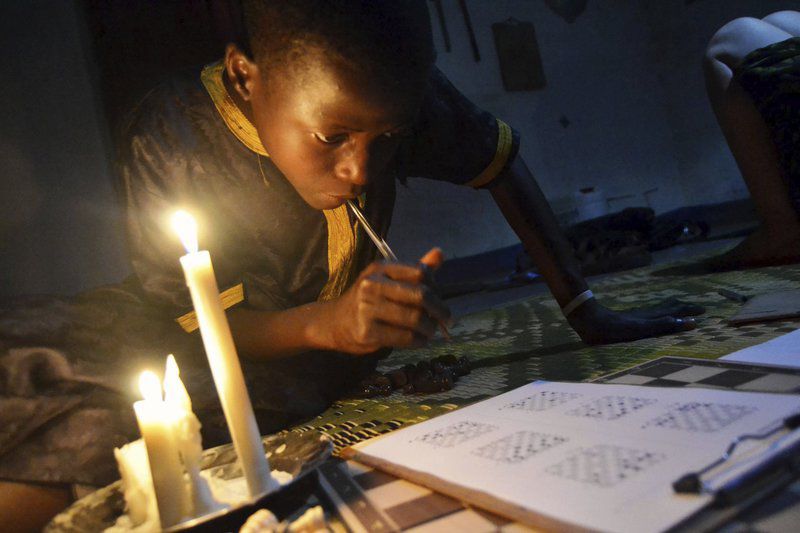 Abdou Badjie studies chess homework by candlelight. Badjie is a 15-year-old Gambian who receives weekly chess lessons via webcam from the Chess Club and Scholastic Center of St. Louis. 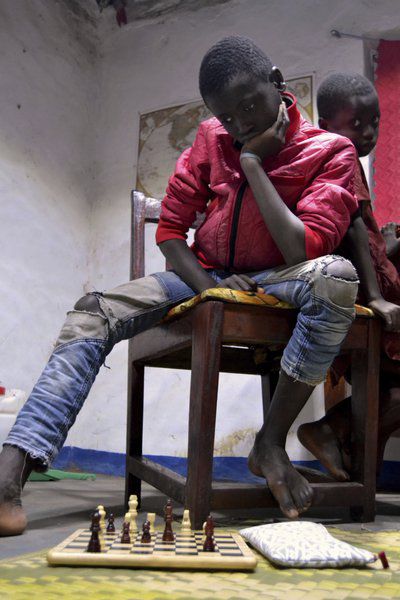 Abdou Badjie looks down on a chess board from his chair.

Abdou Badjie, right, plays chess with other Gambians in Kappa, the village where Badjie lives.

Abdou Badjie examines a chess board while he plays a match.Submitted photos

Zac Smith, left, plays chess in Gambia with a group of people he taught to play.Submitted photos

Abdou Badjie, center, holds a flashlight while two other children play chess in the dark.

Abdou Badjie studies chess homework by candlelight. Badjie is a 15-year-old Gambian who receives weekly chess lessons via webcam from the Chess Club and Scholastic Center of St. Louis.

Abdou Badjie looks down on a chess board from his chair.

McAlester High School graduate Zac Smith knew he was going to need a hobby when he moved to Africa to serve with the Peace Corps.

So, he threw in a small chess set when he packed his bags.

The decision was an afterthought. Smith was not an avid chess player and knew relatively little about the game. He wanted to learn and figured while living in Gambia, he’d have time to do so.

What Smith didn’t expect was the popularity his chess set would have among the villagers.

“It began very small in my village, sort of serendipitously,” Smith said. “When I brought (the set) out there was a lot of interest — people hadn’t seen it before.”

Children specifically began to take an interest to the game. This provided Smith an opportunity to connect with his new community, despite having very few shared experiences.

“The village I live in is called Kappa,” Smith said. “It’s 200 people give or take. It’s all farming, no electricity, no running water — life, it’s almost un-imaginably divorced from global culture. There’s very little sense of the culture of the rest of the world.

“One of the great virtues of chess is it is one of the closest thing we have to a universal language,” Smith said.

When he arrived in Gambia, chess board in tow, the interest in chess exploded. As he began to teach kids, the popularity spread beyond Kappa.

“As I was hoping, chess is finding a lot of traction in a lot of rural villages,” Smith said. “As demand for access to chess grew in the community I tried to keep up with it. Right now I’m working with money received from a grant ... we used that to get a whole bunch of stuff for chess.”

Benefits to learning the game extend beyond the chess board, Smith says.

Another benefit is that age and gender, two attributes that affect social standing in Gambian culture, according to Smith, have no impact in a chess game.

“Chess — It can be an equalizing force,” Smith said. “The game doesn’t care if you’re old or young or male or female. I think it can provide an arena where boys and girls can compete equally in the same arena.”

Smith recalls watching a young man challenge a 9-year-old to a game and he got “beat decisively.”

“The kids in the community have real curiosity, more curiosity than most of the adults,” Smith said.

One teen who stands out is Abdou Badjie.

Badjie is a 15-year-old chess enthusiast. Recently, he sat down at a computer in Gambia’s capital city, Banjul, and conducted a Skype interview with the News-Capital to talk about playing chess.

The youngest of five boys, Badjie would like to teach his older brothers to play in order to beat them, he laughed.

His favorite piece? The king. But he most often uses the queen.

Badjie developed his skills so quickly, he outgrew his teacher. Smith admits it has been a struggle staying ahead of the curve as he teaches himself the game at the same time.

“I’ve been working hard to inform myself well enough so I can keep teaching people,” Smith said.

However, Badjie progressed so rapidly he needed additional education. Smith reached out to the Chess Club and Scholastic Center of St. Louis about Badjie, and ultimately the young Gambian was introduced to Danny Machuca, a senior chess associate at the Chess Club.

In light of his lack of computer skills, Machuca had to teach Badjie how to use the computer chess program.

The lessons picked up quickly after Badjie adjusted to using a computer. Badjie is eager to learn.

“He’s a very nice kid and very focused,” Machuca said. “Usually the biggest indicator of skill is how much work you’re willing to put into it. Abdou always does his homework, every time, even though I sometimes give him two or three more times the homework I give my other students. Abdou wants the extra homework and he likes the challenge.”

Machuca and Badjie have their lessons in hour-long sessions on Sundays. Recently, Badjie has been learning to incorporate more strategy into his game, and relying less on tactics.

“He’s pretty good at tactics, but he’s not using strategy,” Machuca said. “(I’m) trying to get away from little trick stuff to more professional and long-term thinking.”

Smith continues to work with Badjie in Kappa, along with many other kids.

Several students, including Badjie, traveled with him to witness the first ever Gambia chess championship in the capital. The students got to watch the chess matches and meet the highest-rated Gambian players.

Additionally, a national youth tournament is in the works for May.

The chess games between Smith and the Gambians may have a closing window, as Smith doesn’t plan on living in Gambia forever. His time in country will likely come to an end in August, Smith said, after living there since June 2015.

Even though the games will end for Smith and his students, you can’t put a checkmate on a child’s love for chess, and Smith’s impact will be felt for years to come.