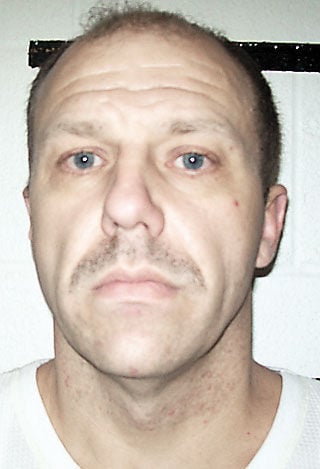 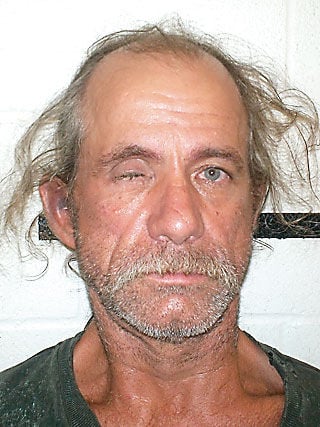 Multiple felony counts have been filed against a Krebs man in connection with an investigation into the passing of counterfeit $100 bills at a McAlester convenience store.

A  McAlester man has also been charged with two felonies in connection with a raid last Friday by McAlester police, Krebs police and the U.S. Secret Service, although none of his charges were directly related to the counterfeit money.

Felony charges were filed against Eddie A. Brown, 41, of Krebs, and John Williams Anderson, 51, of McAlester, in connection with the raid.

Both men remained in the Pittsburg County jail near noon Thursday.

Brown and Anderson pleaded innocent to all charges during initial court appearances Wednesday at the Pittsburg County Courthouse. Special District Judge Tim Mills ordered both men to be back in court March 7 for a preliminary hearing conference.

Brown had initially been held at the Pittsburg County jail with a $500,000 bond. He was successful in getting his bond reduced to $200,000 during court action Wednesday.

Neither man had an attorney during the initial court action, according to court documents.

Felony charges against Brown include possession of a forged noted or instruments. The charge alleges that on Feb. 7 he had in his possession forged or counterfeited $100 bills, with the intent to defraud and with the knowledge that the bills were fake.

Brown also faces a felony charge of possession of a controlled dangerous substance, for allegedly possessing methamphetamine on Feb. 7.

In addition, he is charged with felony counts of possessing a firearm while in commission of a felony and possessing firearms after a former felony conviction, both in connection with a .22 caliber rifle police said they recovered in Brown’s bedroom during the raid.

Brown has a previous 2008 conviction in Pittsburg County on a charge of endeavoring to manufacture a controlled dangerous substance, methamphetamine, according to court documents.

Along with the multiple felony charges, Brown also faces a misdemeanor complaint of unlawful possession of drug paraphernalia for allegedly possessing “scales, baggies and syringes” without having any medical or other lawful need, the charges states.

He has previous 1996 Pittsburg County convictions of unlawful possession of a controlled dangerous substance and attempted assault with a deadly weapon, according to court records.

The new charges accuse Anderson of having a .40 caliber Beretta handgun at the Krebs residence during the Feb. 7 raid.

A probe into the alleged counterfeiting activity started after two counterfeit $100 bills were passed Feb. 4 at the EZ-Mart at 2103 N. Hickory Ave. in McAlester, according to court documents.

A probe into the alleged counterfeiting activity started after two counterfeit $100 bills were passed at the EZ-Mart at 2103 N. Hickory Ave. in McAlester on Feb. 4. according to court documents.