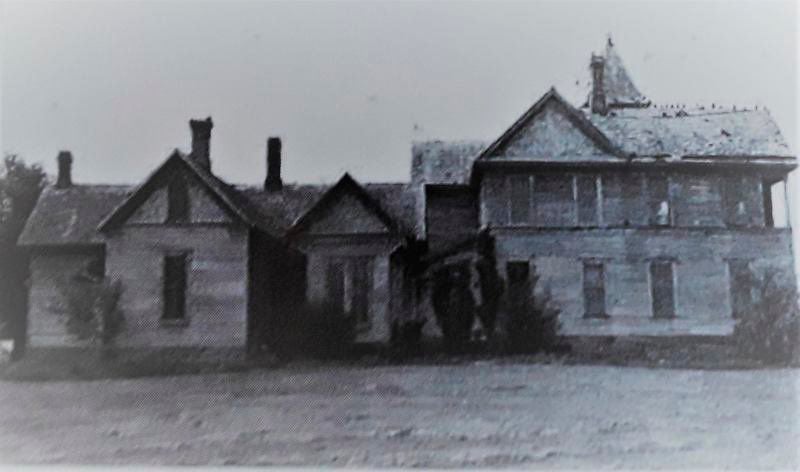 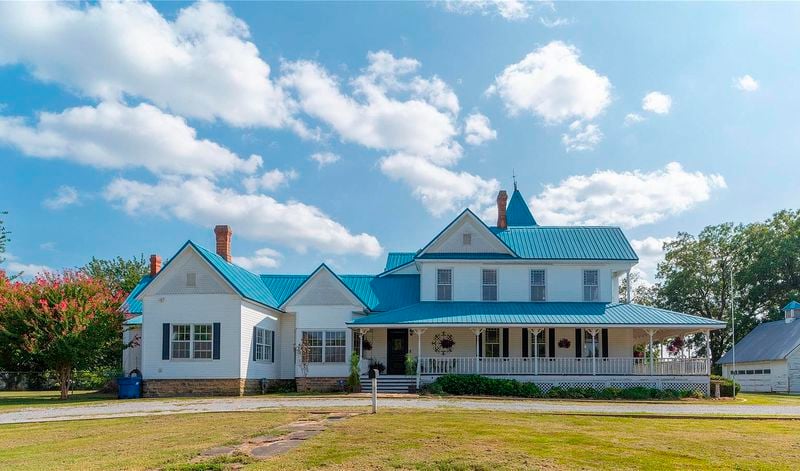 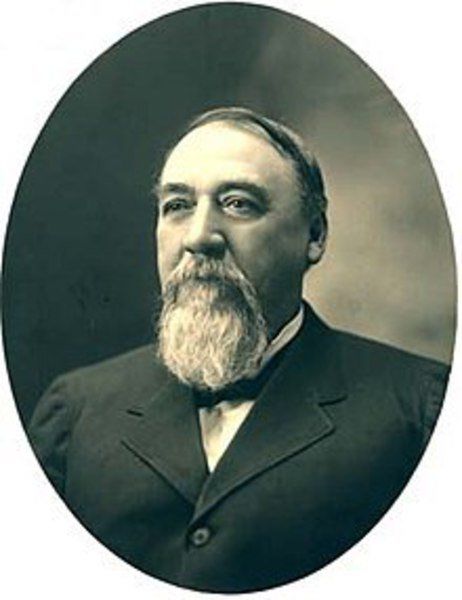 In 1885, a St. Louis newspaper shared, “the McAlester House built by, the founder of the city, and located in the area referred to as Old Town is the nicest residence in the village.”

In about 1870 James Jackson McAlester, commonly known as J.J, at the location now designated as 14 East Smith Street then simply a large field located east of his J.J. McAlester Mercantile, built a four-room log structure with the exterior wood being made of Cypress.

A few years later, a larger single-story home was built around the original cabin, and near the same time a large two-story Victorian Queen Anne house was constructed and connected to the single-story by a breezeway. The original log walls and foundation are still intact and visible from underneath the current structure.

J.J. McAlester, a leader in business and political circles in southeastern Oklahoma, considered the founder of the Oklahoma coal industry and the man for whom the city of McAlester was named, was born in Arkansas in 1842. McAlester spent his formative years in Fort Smith, Arkansas. Volunteering for service in the Confederate army at the outbreak of the Civil War, he rose to the rank of Captain prior to discharge.

At the conclusion of the war McAlester boarded with Oliver Weldon while pursuing studies in Fort Smith. Weldon, a former engineer who had surveyed Indian Territory, gave McAlester his memorandum book that detailed vast coal fields at the Cross Roads (juncture of California and Texas Roads) area in Indian Territory. At age twenty-four he entered the Choctaw Nation. He found employment with the Indian trading firm of Harlan and Rooks. Later he worked for Reynolds and Hannaford, a firm of post traders. Eventually McAlester bought out his partners and established a store near the outcroppings of coal.

In 1872 McAlester married Rebecca Burney, a Chickasaw girl and sister of Benjamin C. Burney, a future governor of the Chickasaw Nation. This union brought McAlester full citizenship and rights in both Choctaw and Chickasaw nations. His citizenship entitled him to stake a claim to coal deposits within a one-mile radius from point of discovery. Over time, McAlester's interests in coal burgeoned, and with the arrival of the Missouri, Kansas and Texas Railway through the crossroads area, the J. J. McAlester Mercantile Company flourished as coal production soared.

For four years, from 1893 to 1897, he served by appointment of President Grover Cleveland as United States Marshal for the United States Court having jurisdiction over matters within the Choctaw Nation. Politically, he was a member of the Democratic party and on that ticket, he was elected to the Corporation Commission in 1907 and in 1911 the people of Oklahoma elected him Lieutenant Governor under Governor Lee Cruce.

On September 21, 1920 J.J. McAlester passed away and on September 23 funeral services were conducted at the residence and were attended by nearly 2,000 people before burial at the Masonic Section of Oak Hill Cemetery.

McAlester’s daughter Sudie, who had been born in the house in 1873 lived in the house another dozen year before vacating the house in the early 1930’s where the house then stood vacant for almost 25 years. (Sudie left the house following her marriage to 1910 era Chief of the Choctaw Nation Victor Locke Jr. This tumultuous marriage and story will be saved for another day.)

In 1960 the house was critically deteriorated when J.J.’s grandson James Troy McAlester and his family moved into the McAlester Home and began restoration. The encircling porch and many parts of the interior were restored as built. The breezeway between the “two houses” was enclosed becoming the home’s new entry. Internally the two living rooms were converted into one large room.

The old woodwork, the staircase, a fireplace, cut-glass light fixtures (brought from Belgium) and an old kerosene lamp with crystal teardrops (converted to electricity) had all been retained. J.J’s great-granddaughter Mary Helen McAlester, now living on the family ranch north of town, recalls great memories of her time spent in what she calls, “the townhouse”. Mary graduated at McAlester High School in the early 1960’s and fondly remembers being able to host high school friends in the home that her great-grandfather built and for whom the town receives its namesake.

The McAlester House was and still is an area showplace with its square peak roof tower with fish-scale shingles, stained glass windows, and large three-sided verandas. The house is now 3, 828 square feet of living space with ten rooms, two living rooms, three bedrooms and two bathrooms. The house sits on two acres adjacent to Hutchinson Park and just to the east of McAlester’s Old Town Antiques District. In 1980 the McAlester House was placed on the National Register of Historic Places.

Though the McAlester House had been on the open real estate market a couple of times in the last few years, in early 2019 ,to coincide with the 150th Anniversary of the City of McAlester, an effort was made by the McAlester Old Town Association to acquire the house to provide the community and tourist a house museum and special event venue to showcase the legacy of the city’s founder. Sadly, in June the J.J. McAlester House had a buyer and shortly the purchase transaction will be finalized.

Next time you take a drive by, what will always be known as the J.J McAlester House, take a gander up to the top of that turret on the west side of the house, there are stairs leading there from the second floor. The story goes that Rebecca McAlester would sit in that turret each evening with a loaded rifle on the lookout for potential robbers as J.J. McAlester would make his way home with the daily receipts.

Wanda Catherine Sensibaugh, 92, lifelong resident of Pittsburg County, passed away on Saturday, August 1, 2020 at Beare Manor Nursing Center in Hartshorne. Family will receive friends on Tuesday from 6:00 to 8:00 p.m. at Brumley-Mills Funeral Home in Hartshorne. Services will be at 10:00 a.m…