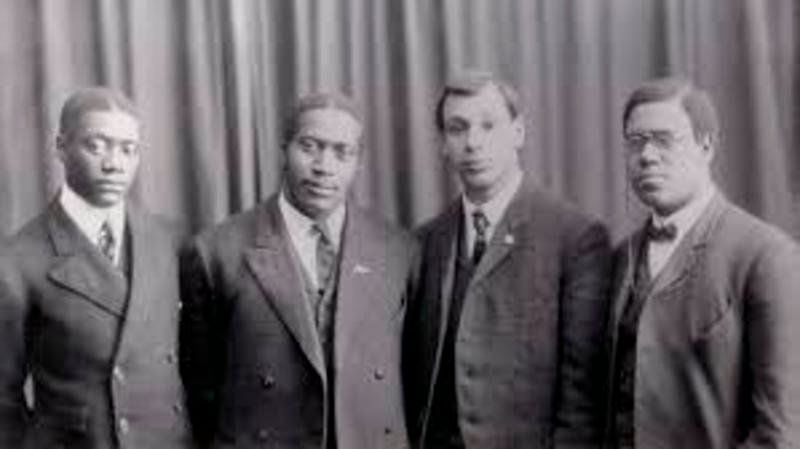 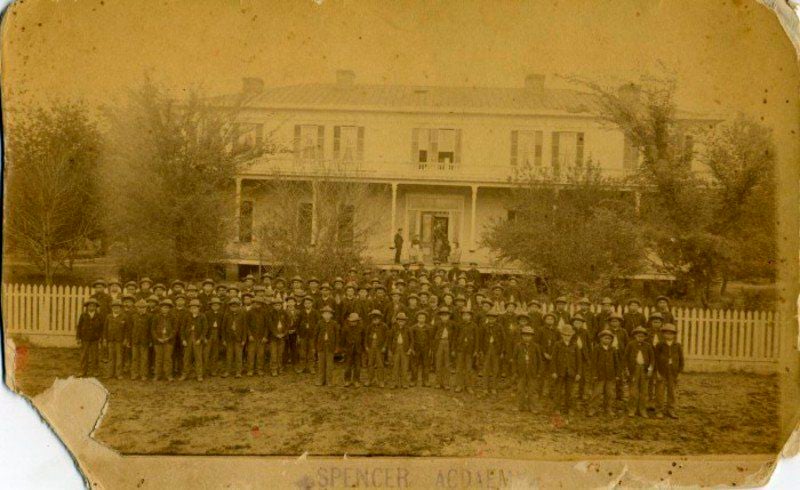 The story of Wallace Willis begins on a plantation in Holly Springs, Mississippi. Wallace “Uncle” Willis and his wife, Aunt Minerva, were slaves of Britt Willis, a wealthy half-Irish, half-Choctaw farmer. When the Choctaws were relocated by the United States government as a result of the Treaty of Dancing Rabbit, Britt Willis walked the Trail of Tears with his wife to Indian Territory. Among the 300 slaves that made the trip with Britt were Wallace and Minerva.

The group settled near Doaksville, which is located near present day Hugo, Oklahoma and Fort Towson. It was here while working in the cotton fields that Wallace Willis became a composer. The granddaughter of Britt Willis recalled, “Mama said it was a hot August day in 1840. They were hoeing the long rows of cotton in the rich bottomland field. No doubt {Wallace} was very tired. They worked in the fields from sun-up to sundown. And sundown was a long way off. South of the field, he could see the Red River shimmering in the sun.” And so “Swing Low, Sweet Chariot” was born.

While in Doaksville Wallace and Minerva Willis were often hired out to Spencer Academy a nearby Choctaw boys’ school, to help with work there. The couple soon became favorites among the students because of the songs they sang while working. Their duties spilled over into the evenings, when they were invited to sing for the students, teachers and guests of the academy on a regular basis. Wallace and Minerva would sing spiritual, which included favorites such as “Swing Low, Sweet Chariot,” “Roll Jordan Roll,” “Steal Away to Jesus,” I’m a Rollin,’ I’m a Rollin’ and “The Angels Are A’ Comin.’”

During this time Reverend Alexander Reid arrived in Doaksville to serve as superintendent of the Spencer Academy, a position he held from 1849 to 1861. While serving as superintendent, Reid grew to love the music of Wallace and Minerva. However, when the Civil War began and Reid’s wife tragically died in childbirth, Reid returned to his hometown of Princeton, New Jersey, while Wallace and Minerva made their way to Old Boggy Depot with some of their children for protection during the way.

In 1871, the Jubilee Singers of Fisk University, an African American a cappella ensemble, gave a performance in Newark, New Jersey while on a fundraising tour for educational work among the freeman. The performance was attended by none other than Reverend Reid. In an announcement to the audience the leader of the Jubilee Singers, Professor G. White indicated a lack of material and a need to repeat songs in subsequent performances. Upon hearing this Reid, remembered the spirituals composed by Wallace back in Indian Territory and communicated this information to Professor White. White, trilled to learn of the existence of more “plantation songs” agreed to have Reid teach them to the Jubilee Singers. From memory Reid recorded the words of various songs by Wallace Willis and sang them repeatedly to the group.

In 1873, the Jubilee Singers embarked on a European tour visiting Britain, France, Germany and Russia to raise money for their university’s campus in Nashville. And “Swing Low, Sweet Chariot” became their signature piece, earning standing ovations in some of the most prestigious opera houses in the world. Queen Victoria is said to have been so moved by the performance that she commissioned a life-size portrait of the singers. In December 1909, the Fisk University Jubilee Quartet, a male foursome carrying on the legacy of the original Fisk Jubilee Singers of the 1870’s entered the Victor Studios in Camden, New Jersey to record 12 songs from their concert repertory. Among the titles was “Swing Low, Sweet Chariot,” one of the best-known and beloved Negro spirituals now firmly established in the canon of American folksong. Music historians say Sweet Chariot was actually a code slaves used to communicate about escaping to Canada. Some slaves would change the lyrics to Swing Low, Sweet Harriet, a reference to Harriet Tubman, leader of the Underground Railroad. Sweet Chariot was a sign of hope that someone was coming to help.

Soon, Wallace’s songs became standard performance fare throughout America and Europe. Over the years, the music composed by Wallace Willis has been heard throughout the world through countless performers. The list of those who have recorded “Swing Low, Sweet Chariot” reads like a virtual “Who’s Who” of artists from concert soloists to country singers. Folk singer Joan Baez famously performed “Swing Low, Sweet Chariot” during the historic Woodstock festival in 1969, which reiterated Wallace’s lyrical themes of oppression during the Civil Rights movement of the 1960s.

It is believed that Uncle Wallace Willis is buried in an unmarked grave somewhere in the Old Doaksville Cemetery east of Hugo and just a few miles north of the Oklahoma cotton field where he wrote the world-famous masterpiece.