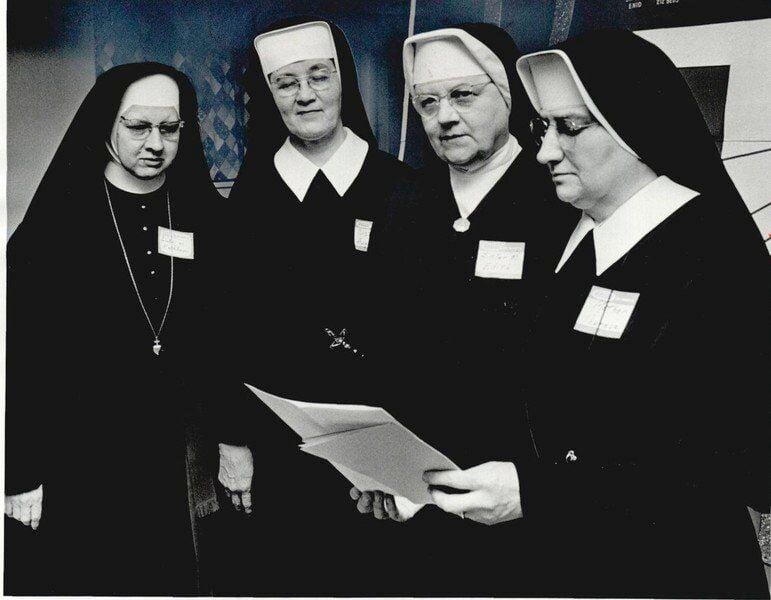 SCIW ArchivesSisters of Charity of the Incarnate Word at McAlester’s St. Mary’s Hospital in the 1960s. 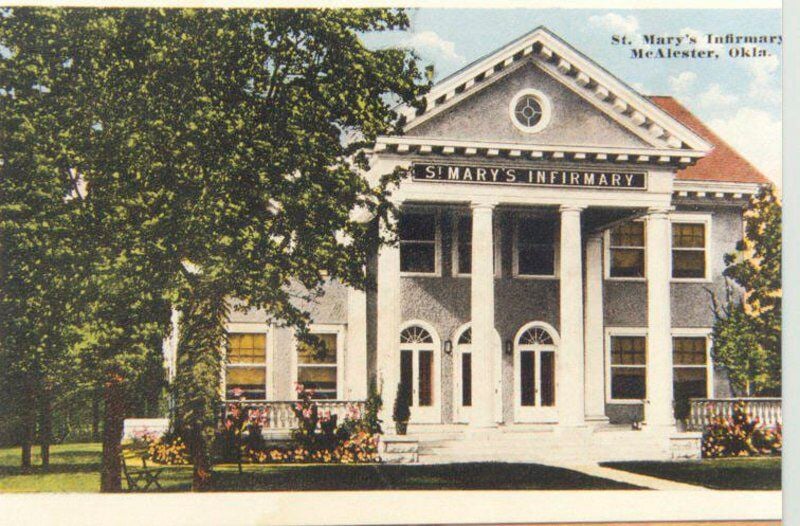 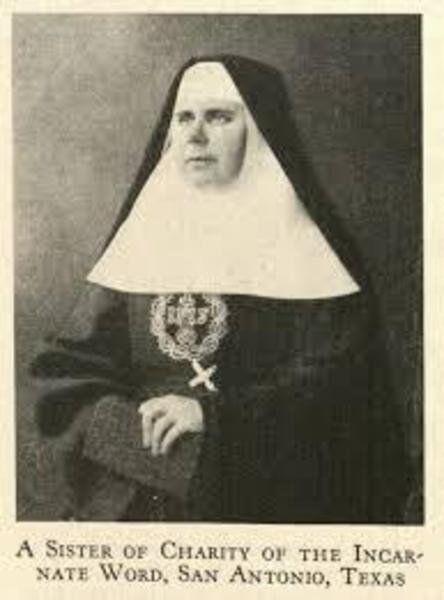 SCIW ArchivesA Sister of Charity of the Incarnate Word, which has been active in San Antonio, Texas, since 1866.

SCIW ArchivesSisters of Charity of the Incarnate Word at McAlester’s St. Mary’s Hospital in the 1960s.

SCIW ArchivesA Sister of Charity of the Incarnate Word, which has been active in San Antonio, Texas, since 1866.

For a significant portion of the twentieth century those of us born in and around Pittsburg County at McAlester’s old St. Mary’s hospital at 638 East Creek Avenue were very likely delivered into the hands of a Catholic nun of Sisters of Charity of the Incarnate Word.

To understand how St. Mary’s and the Catholic health care in McAlester came about we must first travel back closer to the dawn of the twentieth century when Dr. E.H. Troy came to McAlester to visit his (biological) sisters, Mother Catherine and Sister Mary Francis who were then teaching at the Catholic convent at Krebs, Choctaw Nation, Indian Territory. Dr. Troy liked this area; the need was great, and in 1902 built the Catholic Mercy Hospital, a two-story white framed building at Third Street and Washington Avenue, the present site of Burgundy Place Senior Living. Mercy Hospital was not in operation long.

It was forced to close in 1913 because of Dr. Troy’s ill health. But before the closure of Mercy Hospital, he threw his patronage into what would become St. Mary’s, making three trips to San Antonia Texas, to visit the Mother house of Sisters of Charity of the Incarnate Word to recruit that order to operate a hospital in McAlester, Oklahoma.

The Congregation of the Sisters of Charity of the Incarnate Word was founded in 1869 by Claude Marie Dubuis, Bishop of all of Texas. The Sisters attribute their founding and the identification of their charism to Dubuis who wrote to a cloistered order of Sisters in Lyon, France: “Our Lord Jesus Christ, suffering in the persons of a multitude of the sick and infirm of every kind, seeks relief at your hands.”

Dubuis previously recognized the incarnate presence of Christ in those members of his diocese who were experiencing the ravages of a cholera epidemic as well as of the Civil War. He also recognized Christ in himself and those called to serve the suffering.

He wanted to found an order of Sisters whose mission it would be to “actualize the saving and healing love of the Incarnate Word by promoting human dignity.” Three young women responded to the call and established the Sisters of Charity of the Incarnate Word, Houston, in 1866.

While beginning as a nursing order, the Sisters quickly diversified, learning to care for and educate children left to their care when one or both of their parents succumbed to cholera. Their exceptional abilities in health care, however, were noted by the burgeoning railroad industry which built its own hospitals to care for the sick and injured as well as the growing populations around their established stops.

The work assumed national scope when, in 1889, Mother Pierre sent sisters north to staff the Missouri-Pacific Hospital in St. Louis, Mo. In the years that followed, schools and hospitals were opened throughout Missouri, and in Illinois, Oklahoma, and Louisiana. Simultaneously, the apostolate spread south beyond national boundaries as the sisters successively pioneered 17 foundations in Mexico, stretching from Oaxaca in the south to Chihuahua in the north. In 1910 the congregation received final papal approbation of their rule, based on that of St. Augustine. The general administration was located in the motherhouse in San Antonio, Texas.

Dr. Troy returned from his third trip from San Antonia, Texas, in 1914 with news that the Order had just acquired the Cornish mansion on “South Highlands,” probably the most valuable piece of private residence in the city to become a modern and thoroughly-equipped hospital.

One of McAlester’s most prominent citizens, attorney Melvin Cornish and his family, donated their three-story colonial residence at 628 East Creek Ave. as a gift to start a Catholic Hospital. The home would be used for a time unaltered with plans to add additional buildings over the next few years. The present building would be designated as the administration building.

Eventually it was necessary that the interior of the residence be completely remodeled to make it suitable for a hospital. It had a very modest beginning when it opened its doors for patients in May 1914. The property was ideally situated for the purposes for which it was acquired. Located on one of the highest points of the city, where it would have a free and open sweep of breeze from the south, the massive building was surrounded by an attractive lawn and beautiful shade trees. The Cornish bequest had included almost a whole city block of land, which was designated to be sold to pay for remodeling and new construction.

The new hospital was named St. Mary’s with Sister DeSales as first the first supervisor along with five other nuns.

Saint Mary’s Hospital underwent considerable expansion in 1940, the result of a bequest of $70,000 or more from James B. Cambron, a local blacksmith and carriage manufacturer, and a friend of Melvin Cornish, the original donor. This gift provided for expanding the capacity to 55 rooms. The original Cornish residence, which was not fireproof, was completely torn down and replaced by a nuns’ quarters and a tiny chapel. There were a couple more expansions later, one in 1949 which expanded the operating rooms on the first floor, with the delivery rooms and nursery on the second floor. The other expansion in 1960 increased bed capacity to 100.

In 2019 the Sisters of Charity of the Incarnate Word celebrated the 150th Anniversary of the order’s beginnings in San Antonio and are still very much an active order today. Since St. Mary’s transition to General East beginning in 1972 the facility has been used in some fashion as a drug and alcohol rehabilitation operation currently named The Oaks and operated by Stigler Health and Wellness.

Earlier this week I dug out my 1963 St. Mary’s Hospital Certificate of Birth and smiled to find the signature of Sister M Claudine.

Lahoma Shannon, 86, of McAlester, passed away Tuesday, July 20, at her home. Viewing will be Sunday from 1 to 5 p.m. at Brumley-Mills Funeral Home. Graveside funeral services will be Monday, July 26, at 10 a.m. at the Massey Cemetery near Crowder. The family asks, in lieu of flowers, memoria…

Christine Keith, 91, of McAlester, Oklahoma passed away on Tuesday, July 20, 2021 in Tulsa. The funeral service will be held at 1 p.m. Saturday, July 24, 2021 at Chaney Harkins Funeral Home with Pastor Anthony Washington officiating. The burial will follow at North Town Cemetery, McAlester, …