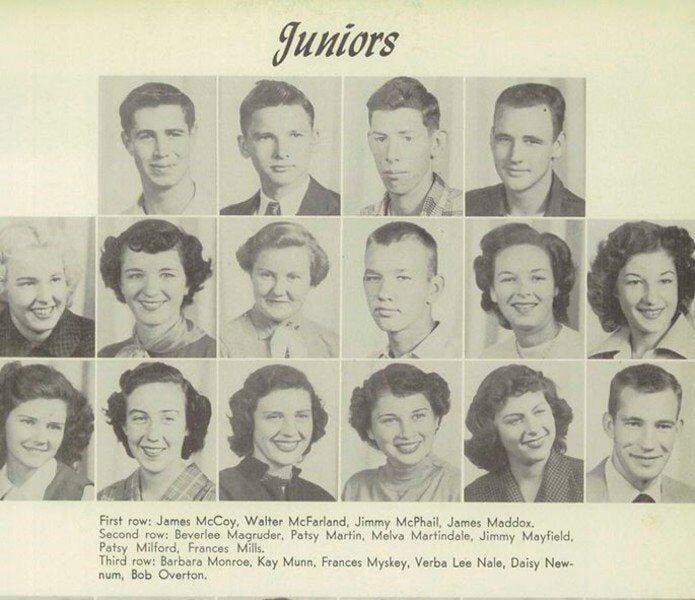 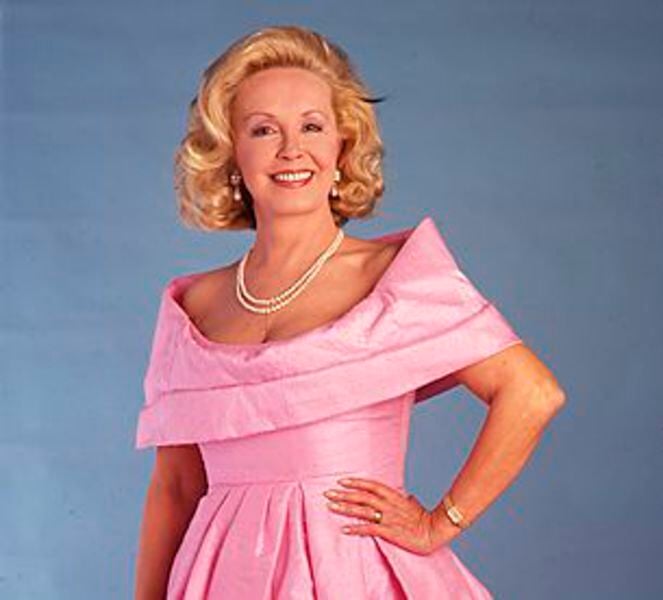 Beverlee was born in McAlester in 1935, the daughter of Warren and Jewell Magruder. Her father, Warren, worked as an express agent for the railroad. Her mother Jewell (Champ), was raised in Latimer and Haskell counties. Her sister, Wanda, who was 10 years older than Beverlee, married Charles Godwin in McAlester. Her parents and sister later moved to the Anadarko area and are interred there.

In the early 1970’s, she shared with Afternoon TV magazine, “My folks were quiet, religious people, a carbon copy of what everybody else was like. But I was different. I wanted more out of life than McAlester. One day I asked my mother if there were towns bigger than McAlester, and when she told me about other places, I said, ‘well, I want to live there.’ I don’t know where I got those ideas. I pranced around as a drum majorette at McAlester High and then went to the University of Oklahoma, where I earned a degree in drama and education as well as a certificate in marriage. For the next six years I played the roles of wife, schoolteacher and mother. Then in 1962, when my marriage ended in divorce, I set out for New York with my 3-year old son Scott and decided to take my first concerted shot at acting.”

In the beginning her acting career took off like a skyrocket. Within six months of her arrival in New York, her first two roles were in off-Broadway plays with James Earl Jones; her third was on Broadway with Charles Boyer; then she was off to London as Honey in “Who’s Afraid of Virginia Woolf?”; and then back to Broadway for a three-year run as Corie in Neil Simon’s “Barefoot in the Park.”

TV Guide went on to share, “Everyone thought that Beverlee McKinsey was on her way. She didn’t. To accelerate the process, she moved to Hollywood, where in the 1960’s she appeared in numerous TV series. But she was as far from being satisfied as she was from being ‘a Faye Dunaway,’ who exemplified the kind of stardom she was after. So, she moved back to New York.

She made a brief appearance as Emma Frame on "Another World" in May 1972. Her appearance so impressed then-head writer Harding Lemay that he subsequently cast her in a drastically different role from dowdy Emma to that of manipulative, scheming Iris Cory. McKinsey played that role from December 1972 to July 1980, and also played Iris on "Another World" spinoff "Texas" from August 1980 to November 1981. During much of her tenure on "Another World,",McKinsey's portrayal of Iris was part of an unconventional triangle — the character was trying to break up her father and his new wife. When she appeared on "Texas", she was given star billing in the show's opening credits. After leaving the cast of "Texas" in late 1981, McKinsey was wooed back to daytime by former "Texas" producer Gail Kobe to "Guiding Light," which Kobe was now producing. McKinsey played powerful Alexandra Spaulding on "Guiding Light" from February 1984 until August 1992. McKinsey's last acting credit was appearing on "General Hospital" in 1994. Her role in "General Hospital" was under the direction of her son, director Scott McKinsey. She was nominated for Emmy Awards for Outstanding Actress in a Daytime Drama Series in 1977, 1978, 1979 and 1980 for her work on "Another World."

Beverlee McKinsey was first married to Mark McKinsey (1956-1959), from Ardmore, who also attended the University of Oklahoma on a Navy scholarship and after graduation served three years of active military service. Mark McKinsey passed away just this last week in New Hampshire and his obituary referenced his first marriage to Beverlee. She was also married to Angus Duncan (1963-1967); he replaced Robert Redford on Broadway in "Barefoot in the Park" in the 60s, and Berkeley Harris, an actor, known for movies “Shenandoah” and “Bullet for a Badman” and for numerous television series including daytime TV. Harris and McKinsey first met on the set of “Love is a Many Splendored Thing.”

Beverlee McKinsey died in 2008 at Santa Maria, California, at the age of 72 following complications from a kidney transplant.

Soap Opera Digest calls McKinsey one of the finest actresses ever to work on soap operas, and TV Guide soap columnist Michael Logan wrote in 1992 that she was the "greatest actress ever to grace daytime drama."