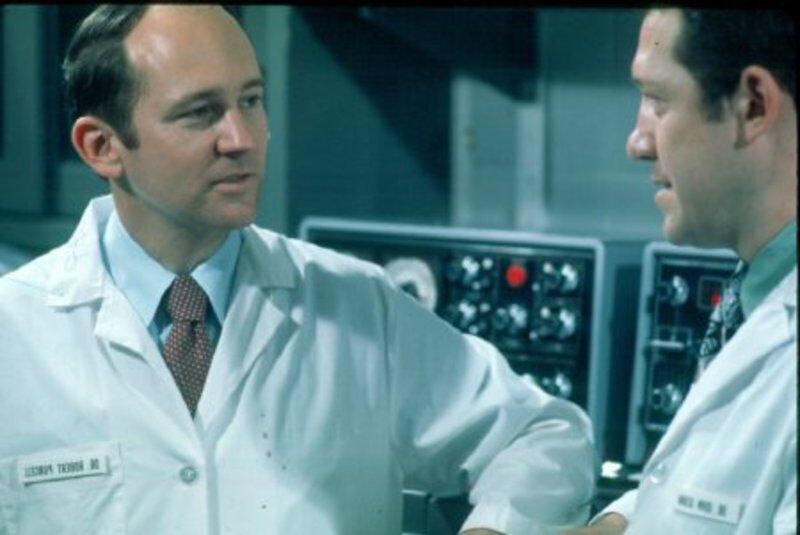 Dr. Robert Purcell, left, has a discussion with a colleague. 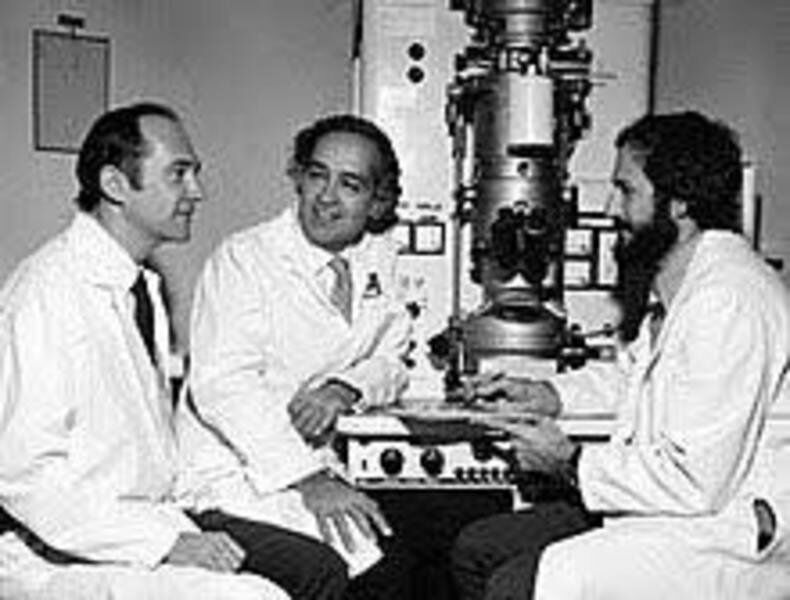 Dr. Robert Purcell, left, has a discussion with a colleague.

Dr. Robert H. Purcell, a 1953 Haileyville High School graduate and a 1955 Eastern Oklahoma State College graduate, with an associate degree in chemistry, became an outstanding scientist with a lifetime of achievement in the health field, including positions as chief of the Hepatitis Viruses Section, Laboratory of Infectious Diseases (LID), National Institute of Allergy and Infectious Diseases (NIAID), National Institutes of Health (NIH).

Though elder to him in age, Dr. Purcell, before his retirement in 2012, worked for and alongside Dr. Anthony Fauci, who during the 2020 pandemic we all have became quite familiar with. Dr. Fauci was appointed director of NIAID in 1984.

After completing medical school at Duke University and an internship in pediatrics at Duke Hospital, Dr. Purcell joined the Epidemic Intelligence Service of the Centers for Disease Control. He was assigned to the Laboratory of Infectious Diseases, National Institute of Allergy and Infectious Diseases, National Institutes of Health, where he studied respiratory viruses and mycoplasmas before changing his field of study to hepatitis viruses.

He served as an officer in the U.S. Public Health Service from 1963 until 1997, when he joined the Senior Biomedical Research Service. He continued to work at the National Institutes of Health as chief of the Hepatitis Viruses Section and then also as co-chief of the Laboratory of Infectious Diseases, NIAID. Dr. Purcell is a member of numerous medical, scientific and honor societies. He has published more than 780 original papers, reviews and book chapters in his field of specialization and holds more than 50 issued patents.

Purcell is known for his extensive work on hepatitis viruses. In 1972, he was involved in the group that developed the first animal model for hepatitis B. In 1973, Purcell, Albert Kapikian, and Stephen Feinstone discovered and characterized hepatitis A virus. In 1978, Purcell showed that hepatitis C virus is transmissible through blood, and that it remains in the body for life.

The same team which co-identified the hepatitis A virus (HAV) developed the first assays that could measure the virus antigen and antibody, and using those assays, the group along with Harvey J. Alter demonstrated through the serologic exclusion of Hepatitis A and Hepatitis B that a third, previously unrecognized form of viral hepatitis existed, originally named non-A, non-B hepatitis (NANBH). Michael Houghton's laboratory at Chiron Corporation ultimately identified the agent associated with NANBH, now known as Hepatitis C, in 1989.

When asked about his upbringing in Pittsburg County, Oklahoma, Dr. Purcell shared, “When I was nine years old my family moved to rural Oklahoma, and that’s where I lived until I finished college and then went off to medical school. I guess I developed an interest in science from my brother, who was in college and was taking science courses, [and] who would come home with interesting little tidbits about things, and that really kind of excited me.”

“The high school I went to, (Haileyville) since it was in rural Oklahoma, actually was a minimal school. It had very little science, no foreign languages, a poor math program. So, I went to a junior college, (EOSC) which was relatively close to where I lived in Oklahoma, for the first two years, and there I met a young Hispanic chemistry teacher, (Professor Estrada) who was just very exciting – took a real interest in his students, and a number of us with a rural background and poor training really kind of blossomed in that setting. I had done reasonably well – I had done quite well, actually, in high school, but it wasn’t a challenge. My mother was an English high school teacher, and my father was a science teacher in another school. So, I had an education background, but the environment was not really stimulating. In college, I got very interested in chemistry and decided to major in that and went on to a four-year college for my second two years. And I was, I think, [in] the last class of Oklahoma A & M, because – before it became Oklahoma State University.”

Now 85 years old and retired for several years, Dr. Purcell has been following very closely the corona virus pandemic and also monitoring the work of his colleagues, including Dr. Fauci, at his former Laboratory of Infectious Diseases, National Institute of Allergy and Infectious Diseases, National Institutes of Health and is most confident of all of the rapid work that has occurred during 2020 to get us where we are today with both of the vaccines. Dr. Purcell specifically called out former colleagues who had done extensive analysis and testing on what has gone on to become the Moderna vaccine.

Dr. Purcell shared by phone from his home in Gaithersburg, Maryland this week, “My wife and I have been exactly like everyone else in America since spring of 2020. We have become hermits as we await the vaccination.”

“This infectious virus is very similar to the same challenges we faced with hPhoto #2 Drs. Robert Purcell, Albert Kapikian, and Stephen Feinstone around an electron microscope.

epatitis, prior and post the AIDS epidemic of the 1980s. I have complete confidence in the vital work that has been underway at NIH and beyond and sometime this month my wife and I will be pushing up our sleeves for this important vaccination.”