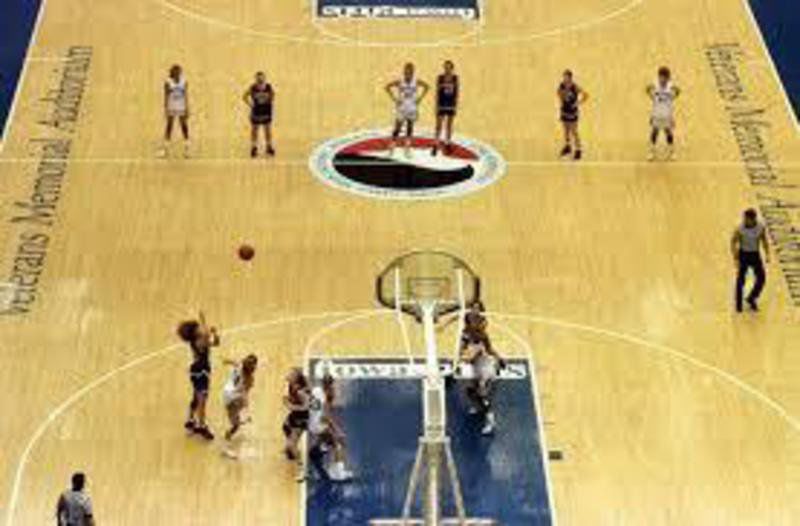 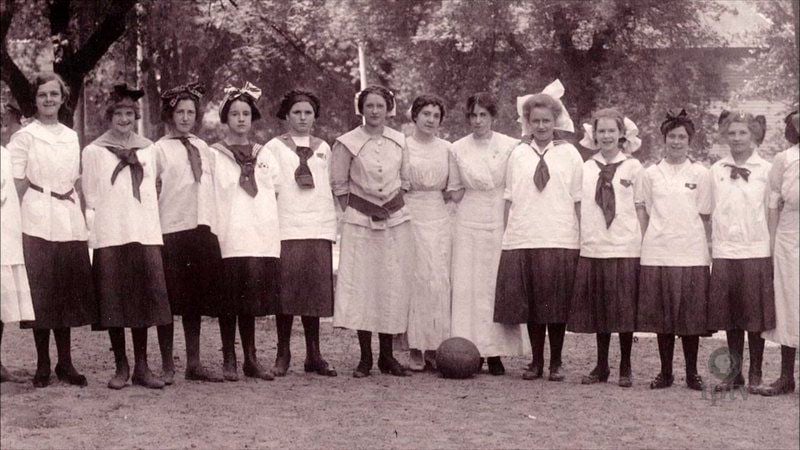 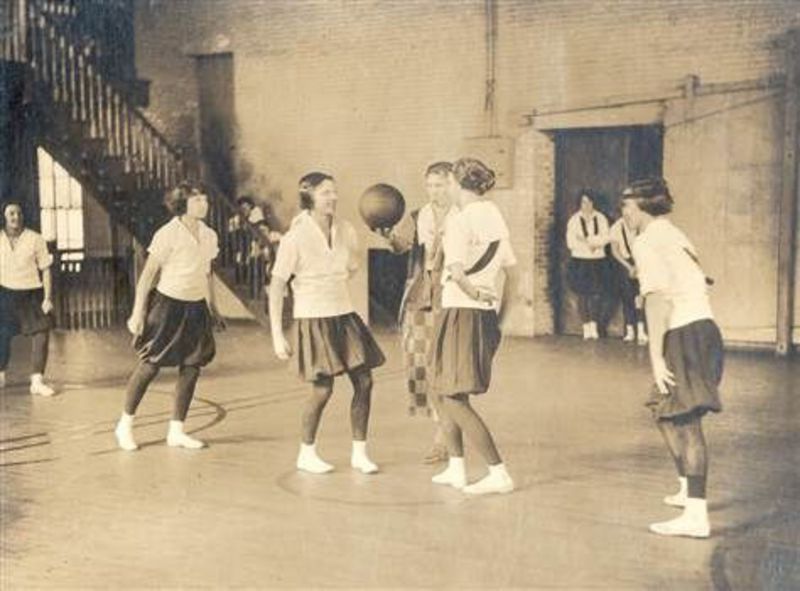 On Saturday evening March 11, 1995 before about 5,000 fans at the State Fair Arena in Oklahoma City, three area high school girl’s basketball teams were a part of the last two girls 6-on-6 basketball games in America.

The season-long undefeated Indianola Warriorettes and the one-loss season (by one point from Indianola in the regular season Mid-America Tournament) Pocola Lady Indians battled it out for the Class 2A State Championship Game (Pocola defeated Indianola 64-58 in overtime). And then the Stigler Lady Panthers defeated the (non-southeastern Oklahoma) Meeker Lady Bulldogs 63-37 in the Class 3A championship game and the books were then closed on girls 6-on-6 basketball in Oklahoma and the nation.

Class 4A and above had already transitioned to girls 5-on-5 in earlier years and Class A & B had played their State Tournaments earlier in the year. Oklahoma was the last state in the Nation to play 6-on-6 basketball, it would go strictly 5-on-5 in 1996.

The beginning of 6-on-6 in Oklahoma cannot be as accurately stated but Oklahoma crowned its first state champion in 1918 — long before most other states even thought about playing girls basketball. All that can be certain is that Oklahoma’s first girl’s basketball game was the 6-on-6 version. That’s the way the first rules for women were drawn in 1893, two years after James Naismith invented the game of basketball. In his 1941 book, “Basketball, Its Origin and Development,” Dr. Naismith noted that women took an immediate liking to the game and within a few weeks of its introduction began playing it in his Springfield (Mass.) YMCA gymnasium.

Between 1893 and 1895, two different women, Senda Berenson of Smith (Mass.) College and Clara Baer of Sophie Newcomb (La.) College, formulated modified rules for women’s basketball. The main principle of each was a division of the court into three sections with two players assigned to each section. The result was basically a 2-on-2 game with two forwards against two guards and with a jump center and side center in the middle to handle the ball between the two scoring ends. Berenson’s reasoning was “to eliminate roughness and to minimize the danger of overexertion . . . so that no player had to dash breathlessly from one end of the court to the other. “ Baer’s rules seemed to evolve from a misunderstanding on her part of one of the diagrams that Naismith had put in an 1893 set of men’s rules. Naismith had drawn a diagram that indicated the possible position of nine players of a team on the court. He drew two dashed lines that separated the forwards, guards and centers into three possible zones where they could take up positions. Baer interpreted the dashed lines as restraining lines, and the three-court game was established as the official pattern of women’s basketball for the next 43 years.

Basketball, both men’s and women’s, was to make a dramatic change in the 1938-39 season. The center jump after each basket went out in both versions of the sport. The women’s game was changed from three courts to two courts, making it now basically 3-on-3. Still, the women were restricted. They were allowed only one bounce of the ball. They could not touch the ball when it was in possession of another player.

A shot thus could not be blocked until it clearly left the shooter’s hand. With three forwards, limited dribble and a three-second possession rule, what developed was, in the words of Byng’s late great coach Bertha Frank Teague, “a beautiful passing game. “ These restrictions lasted until 1951 when, largely through Mrs. Teague’s input on the national rules committee, the next important change was made. From then on, the ball could be pursued and touched no matter what and there was to be unlimited dribble.

The guards now could do far more than try to play position basketball. The final touch to the 6-on-6 game was applied in 1971. From 1939 through 1970, a “center throw” occurred after every basket. With the clock running, one game official retrieved the basketball after a goal and threw it to the other official at mid-court, who handed it to a forward. If an official fumbled the ball or committed some other time-consuming error, boos were sure to follow. Beginning in ‘71, the ball was taken out of bounds under the basket and the guards had to advance it up court to the forwards. This mandated better ballhandling and dribbling by everyone.

The skids began to be applied under the 6-on-6 game at that same time when Title IX opened the door for increased college funding of women’s athletics. In 1971, only eight states conducted girls state basketball championships. When other states got into the sport, with college scholarships now available prizes, it was with a 5-on-5 game.

In 2005 in Lansing, Iowa The Granny Basketball League was formed and since has grown to over 300 players on 30 teams playing in nine states. Oklahoma teams (The Oklahoma Twisters — The Oklahoma Rockers) were formed in 2018. The Official Granny Basketball Rules were thoughtfully selected and tested based on specific criteria. First and foremost, all players must be at least 50 years old to play. They follow pretty much the same rules as women’s 1920s-era basketball... including the not-so-comfortable uniforms. For the most part, the rules are the same as they would be in any basketball league with the exception that the players cannot run or jump.

They can, however, hustle. A team consists of five or six women age 50 or older: two guards, two forwards and one or two centers. The coach may play if otherwise eligible. The women of Granny Basketball also play to give. On Saturday Feb. 15 at 2 p.m. at the Indianola Gymnasium, as a fundraising benefit sponsored by the Indianola/Canadian/Crowder Masonic Lodge #42, an official Granny Basketball League team will on hand to be challenged by a group of local women who have named themselves The Onion City Bells and have already been hard at work practicing and relearning the rules and etiquette of the game and the days gone by.