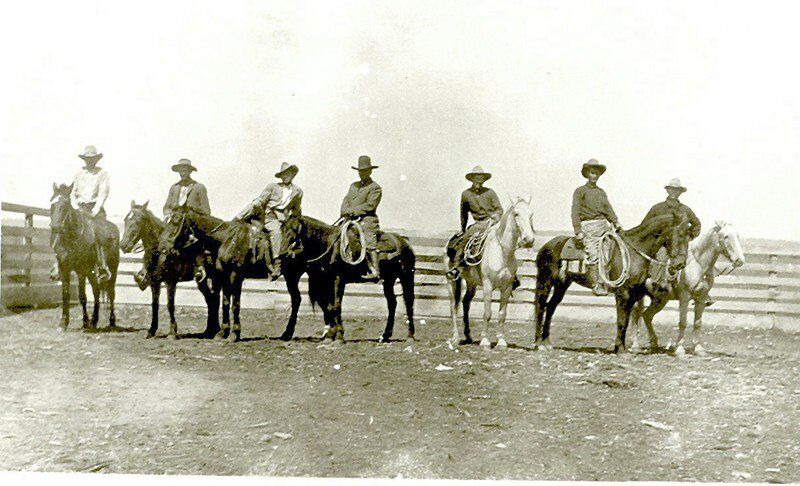 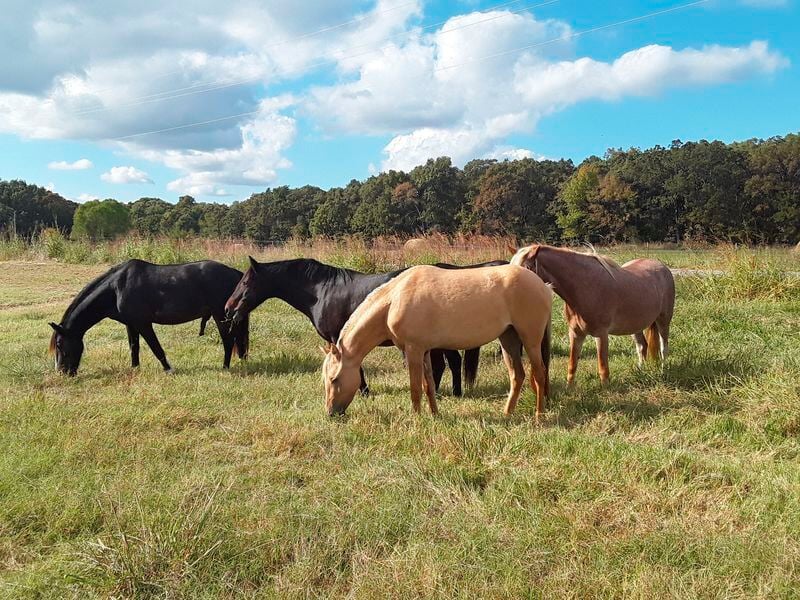 This past week eight Choctaw Spanish Mustangs, horses that are descended from those brought to the United States in the 1500s by Spanish explorers and colonists and then traveled along The Trail of Tears with their Choctaw, Cherokee and Chickasaw owners were gifted to Jones Academy for the establishment of a new Choctaw Pony education and legacy preservation program.

Colonial Spanish Horses descend from horses introduced from southern Spain, and possibly North Africa, during the period of the conquest of the New World. In the New World this colonial resource has become differentiated into a number of breeds, and the North American representatives are only one of many such breeds throughout the Americas. These horses are a direct remnant of the horses of the Golden Age of Spain, which type is now mostly or wholly extinct in Spain. The Colonial Spanish horses are therefore a treasure chest of genetic wealth from a time long gone. In addition, they are capable and durable mounts for a wide variety of equine pursuits in North America, and their abilities have been vastly undervalued for most of the last century. These are beautiful and capable horses from a genetic pool that heavily influenced horse breeding throughout the world five centuries ago, yet today they have become quite rare and undervalued.

This historically important Spanish horse has become increasingly rare, and was supplanted as the commonly used improver of indigenous types by the Thoroughbred and Arabian. These three (Spanish, Thoroughbred, and Arabian) are responsible for the general worldwide erosion of genetic variability in horse breeds. The Spanish type subsequently became rare and is now itself in need of conservation. The horse currently in Spain is distinct, through centuries of divergent selection, from the Colonial Spanish Horse. The result is that the New World remnants are very important to overall conservation since the New World varieties are closer in type to the historic horse of the Golden Age of Spain.

The Choctaw and Cherokee horses are among these. Both of these tribes, in addition to the Chickasaw and Creek, were avid horse breeders in their original homes in the southeast. The excellence of their horses is specifically mentioned in various travel journals from the late 1700s and early 1800s. Following removal of these tribes to what is now Oklahoma they continued to breed horses. The basis for these Oklahoma herds was horses brought from the southeast on the Trail of Tears, but no doubt some western horses were added as well. The original horses were Spanish, obtained at first from the chain of missions across the deep South in early Spanish colonial days.

In 1958 Gilbert Jones moved with his family and 25 of his Spanish mustangs to a more hospitable environment, Medicine Springs, in Pushmataha County in southeast Oklahoma, "ten miles back in the Kiamichi Mountains with one and a half million acres of timber company open range to graze by permits." He quickly became acquainted with several very old men, who had at one time run several hundred Choctaw ponies on the open range. Realizing that the once numerous horses were quickly disappearing, Jones began the collection of as many Choctaw and Cherokee horses as he could find and assembled the largest known herd of these purebred animals. He also crossbred the Choctaw and Cherokee horses with the Spanish mustangs he brought with him. The resulting herd was comprised of bloodlines that originated from Choctaw, Cherokee, Huasteca, Kiowa, Comanche, and other Native American tribes along with Colonial Spanish Horses from Utah and New Mexico (these became the Gilbert Jones composite horses). He established the Southwest Spanish Mustang Registry and kept extensive records of his work.

His horses became known for their ability in long endurance rides, such as the one featured in the 2004 movie Hidalgo. In fact, a Jones' horse, itself descended from the herd that produced Hidalgo, played the famous mustang. The film is based on the story of a half-Lakota cowboy named Frank Hopkins who in 1890 rides his Spanish mustang in the Ocean of Fire, a 3,000- mile survival race in the Arabian desert, besting the finest, purebred Arabian horses of the Arab sheiks. Hopkins had complete faith in his horse, saying "You can't beat mustang intelligence in the entire equine race. These animals have had to shift for themselves for generations. They had to work out their own destiny or be destroyed. Those that survived were animals of superior intelligence."

Following Jones' death, his herd of 300 Spanish mustangs was inherited by close friends Bryant and Darlene Rickman. Rickman, an experienced horseman and trainer, with a real feel for these horses, continued to breed them in the same tradition that Gilbert followed. Many continued to run free in the Kiamichi Mountains. But times changed, yet again. In 2007 the lease was terminated and the future of the horses was again in jeopardy. Rickman, with help from family and friends, was faced with the daunting task of coaxing the horses into catch pens, and safely removing them to his ranch and beyond in the Antlers area.

The Choctaw ponies that last week found their new home at Jones Academy was a coordinated effort of love between Ms. Francine Locke Bray, descendant of Victor Locke Jr., former Choctaw Chief and Dr. Maila Coleman representing several different owners and Friends of the Heritage Horse of Oklahoma organization and Ms. Suzanne Heard a notable Choctaw elder and long-time member of the Jones Academy Board of Directors.

In 2013 the Oklahoma Colonial Spanish Mustangs (Choctaw ponies) were declared by the 54th Oklahoma legislature to be the Official Heritage Horse of Oklahoma.