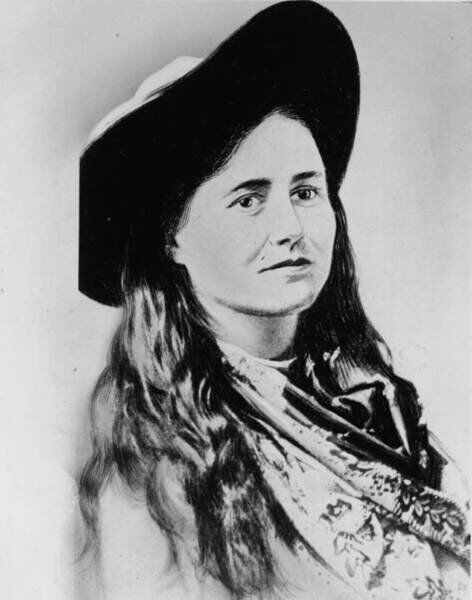 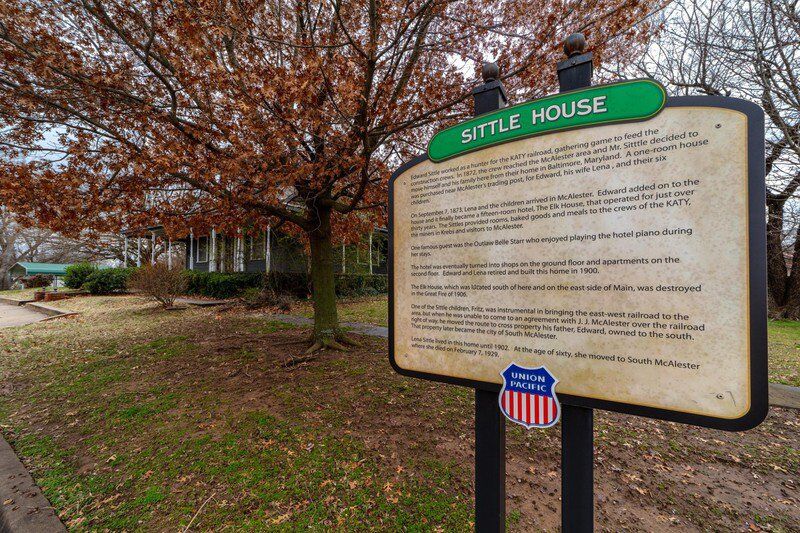 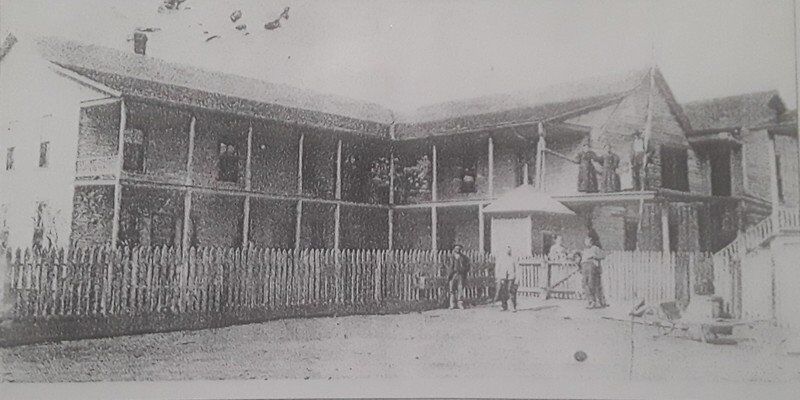 When Belle Starr’s name is invoked, both in our region and beyond including as the cover story of this month’s Oklahoma Today magazine, it is her legend as Confederate spy, vice queen of Dallas, and six-shooting outlaw that surfaces.

Most is forgotten about Myra Bell Shirley’s upbringing. Excelling as a top-student at the exclusive Carthage Missouri Female Academy where, in addition to basic curriculum, she studied drama and piano. And in the 1870’s when Belle Starr would stay overnight at McAlester’s Elk House Hotel, she would use that early piano training as she would tickle the ivories.

As a young girl Myra was an accomplished musician. She loved all types of music and spent much time studying and practicing the piano. At the early age of eight she was enrolled in Carthage Academy. He parents, John and Eliza wanted their daughter to have every opportunity to learn the social graces. For the next few years, she practiced daily on the piano. In 1856 the Shirley family were quite prosperous and wealthy in Carthage, Missouri. They had built an inn, a tavern, livery stable and blacksmith shop—their businesses taking up almost an entire city block.

However, life changed dramatically with the outbreak of the Civil War, Myra’s brother Ed was killed by Union troops and in 1864 at the age of eighteen Myra Bell Shirley embarks on the life that will earn her the title of Bandit Queen.

Her piano playing then became somewhat limited to when she ran across one in saloons, hotels, and gambling halls. That is until 25 years later when Belle Starr moves a grand piano into the cabin at Younger’s Bend near the South Canadian River and present-day Lake Eufaula.

Mr. H.L. Phillips, who taught school at Whitefield where Belle’s daughter Pearl attended, shared that he accepted an invitation to the Starr home for not only was he curious, but that his school was on the old frontier subscription system and Belle was one of the few families who paid in advance.

Phillips shared, “I was treated royally by Belle and her daughter. When I entered the home, I was astonished to find a classical library lining one wall and even more surprised to find a piano in the cabin. I sat in disbelief when after dinner Belle opened some sheet music and started to play. It just didn’t fit- Belle Starr giving a piano concert in her outlaw lair.”

How Belle Starr’s piano ended up in the cabin at Younger’s Bend is quite an interesting story. In the spring of 1885 Jack Jetton was living at Newman in the Choctaw Nation (now Stigler) and was hauling freight back and forth to Fort Smith, Arkansas.

He drove into Fort Smith late one evening with a load of hides. After he unloaded them in a buyer’s warehouse, he camped in the wagon yard. The next morning, he was up early and following breakfast started walking around town to see if he could find a load going back toward Indian Territory.

Being early none of the businesses were open, so Jetton was just sauntering around and looking in store windows when he came upon a man circling a big crate on the sidewalk. Taking a closer look Jetton recognized the man as Icsam Perry a young Choctaw who lived near Whitefield. The big object Perry was circling looked like a piano.

About that time Jetton heard horse hoofs pounding the pavement. Glancing over his shoulder he saw a woman riding side-saddle coming fast on a big sorrel. First, he thought it was a runaway but then he recognized the rider as none other than Belle Starr. Belle dismounted, tied her horse to a hitching post. She walked over to Perry patted him on the shoulder and said, “What in the world are you doing with that piano?”

Seems Perry had been sent to Fort Smith with $50 to make supply purchases for someone but had encountered a family moving to Texas that wanted to sell a piano.

Perry claims he was “not in the right mind” when he purchased the piano, but now was “in a better mind” and not only did he not have the ability to transport the piano, but he was now also out the $50 for the purchase of the requested supplies.

While Perry was talking, Belle was carefully looking over the piano. She raised the keyboard cover and ran her fingers over the keys. “Perry did you get a bill of sale for this piano?” she asked. He fumbled in his shirt pocket and pulled out a folded piece of paper. Belle took the paper and unfolded it. She read the paper then pulled a leather pouch from her skirt pocket. “Here is your fifty dollars Iscam. Now go buy whatever it was your folks sent you after. Then head for home.”

By this time a small crowd had gathered around to see what was going on. Belle couldn’t resist the temptation of putting on a show. First she turned and winked at the crowd and start whipping up “Dixie: on the piano. Several threw their hats in the air and yelled.

Belle changed to an Irish reel. Everyone started clapping their hands and stomping their feet. The crowd grew bigger. Several asked Belle to play their favorite tunes. She was more than happy to oblige.

Belle then spied Jack Jettson in the crowd. “Hey Jetton! Come over here. You are the very many I’m looking for.” He leaned over and asked, “What can I do for you?” Without missing a note, she asked, “Got your freight rig in town? Want to make fifty bucks?” Jetton asked her “Doing what?” “Hauling this piano to the Bend for me,” she replied.

Belle displayed her own musical talent at every opportunity. She even played at churches for funerals and weddings. She played all over the country. If there was a piano, organ or guitar around, Belle was would entertain including at McAlester’s Elk House Hotel.

The Elk House Hotel which burned in the Great Fire of 1906 was located on the east side of North Main Street between the J.J. McAlester original building (now Whistle Stop Depot) and the hotel’s proprietor’s new home-Sittle House still standing at the intersection of North Main and North 4th Street.

Edward Sittle worked as a hunter for the KATY railroad gathering game to feed construction crews. After relocating his family to McAlester from Maryland Sittle added on to his earlier home eventually becoming a 15-room hotel. The Elk House operated for over thirty years and provided rooms, baked goods, and meals to the crews of the KATY, miners in Krebs, and visitors to McAlester.

Belle Starr enjoyed playing the hotel piano during her stays.