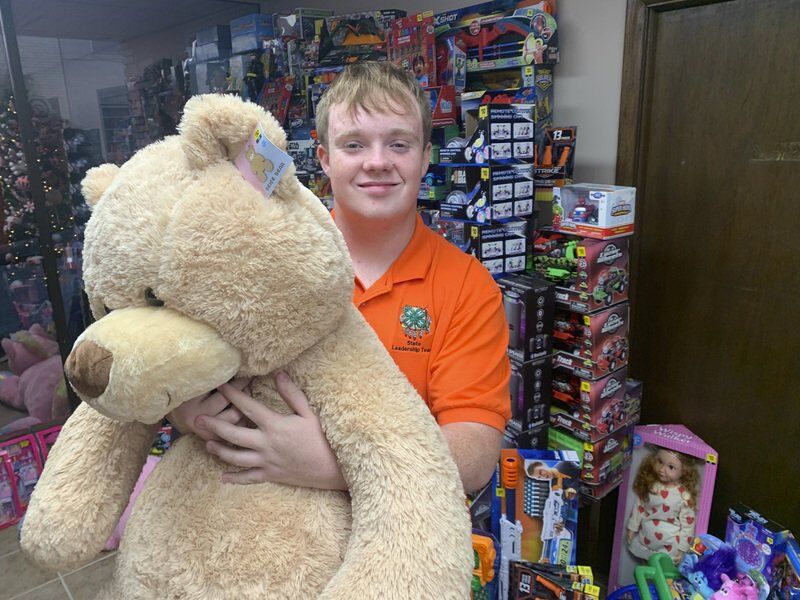 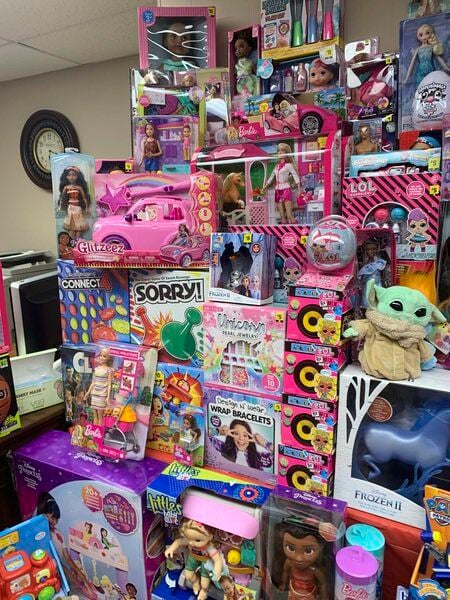 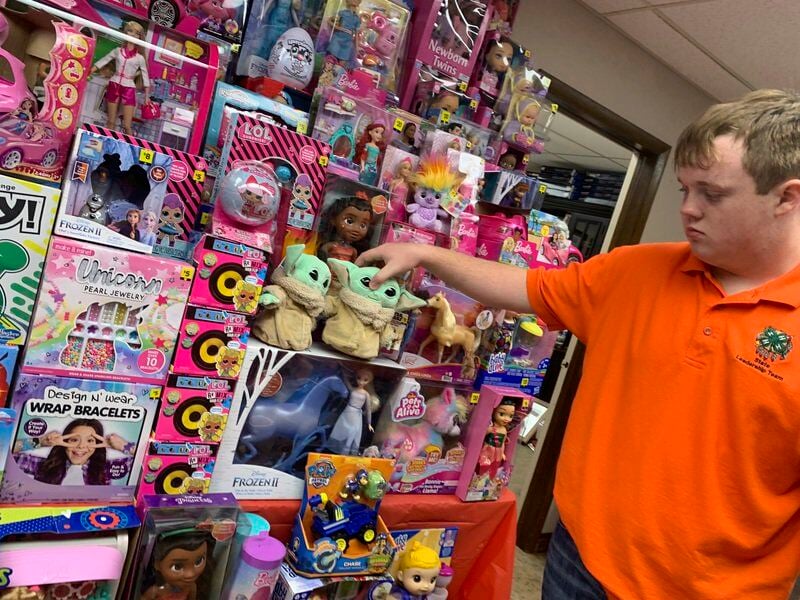 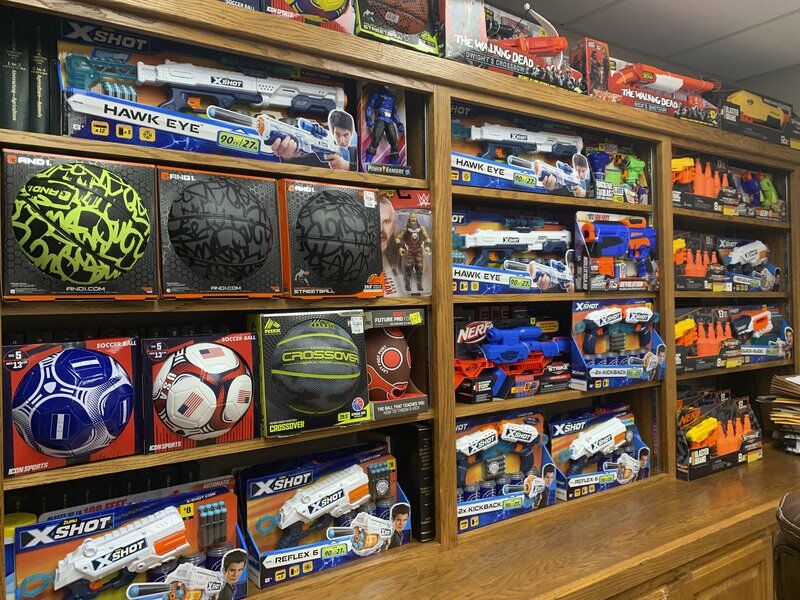 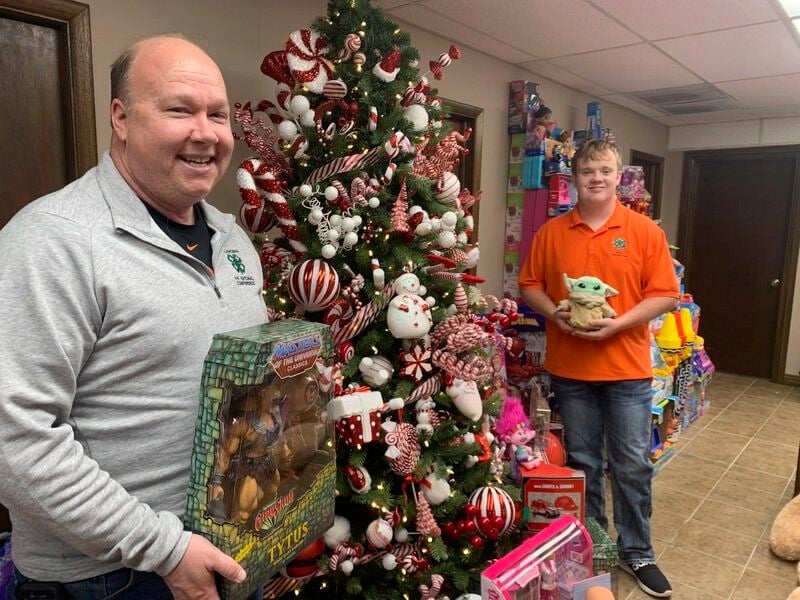 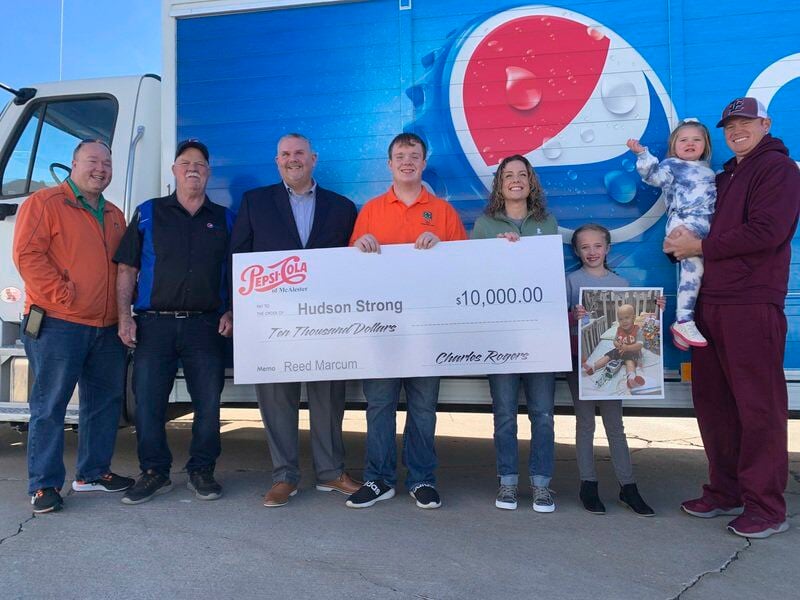 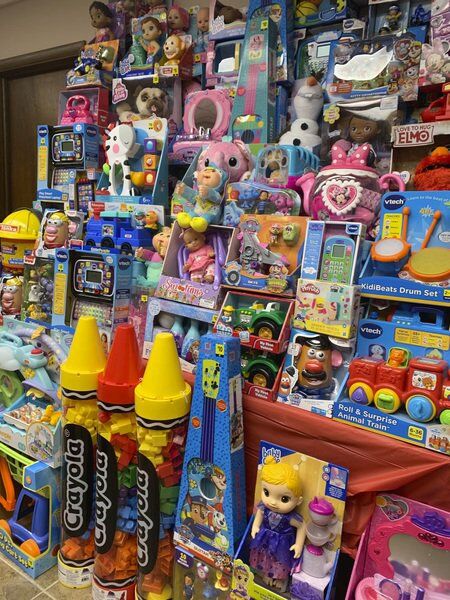 Reed Marcum is grateful for community support as he wants to make an annual toy giveaway bigger than ever.

The McAlester High School student said he is excited after more support this year for the J. Michael Miller Christmas Toy Giveaway — an holiday-friendly free toy event that draws hundreds to McAlester.

"It's insanely bigger than I ever thought it would be and I love every second of doing this," Reed said.

Reed said he has a goal of giving away 7,000 toys for free to anyone who shows up.

"We usually meet our goal — and we will break that goal," Reed said with a smile.

Marcum, his mother, Angie Miller, and his stepfather, McAlester attorney J. Michael Miller, organize the event each year with the help of several family members and volunteers.

Organizers implemented some COVID-19 precautions to last year's event with a drive-through as children looked out windows to pick their favorite toy from stacks piled up in the Ragan Auto body shop.

Although the change came to keep people as safe from community spread of COVID-19 as possible — Reed said it worked so well that organizers decided to keep the same process.

"They just blow me away with everything that they've done for the community for so many years," OSU Extension agent Greg Owen said. "It's just a blessing to be able to work with them."

The toy giveaway started in 2016 with 800 toys given away and expanded to more than 5,000 toys handed out last year.

Reed said the idea originated from wanting to help some of his friends, family and neighbors in the area have a happier holiday season.

The toy giveaway also honors the memory of Hudson Campbell — a 2-year-old Eufaula boy who died of pediatric cancer in 2018 — and MacKenna "Kenna" Faith Mattioda — who recently died after being born with a congenital heart disease, pulmonary valve atresia and pulmonary artery stenosis.

Reed said he wanted to honor both through the toy giveaway and the annual bookbag giveaway held before the start of the school year, while also bringing awareness of pediatric cancer.

He also raised $33,000 to go toward the Hudson Strong Foundation, which goes to help families in the McAlester area impacted by pediatric cancer.

Charles Rogers, manager of Pepsi Cola bottling in McAlester, said he wanted to help Reed continue those events through a $10,000 donation this year among other community businesses and individuals who donated.

"I'm just honored to be a part of it because all the work that they do for the community is second to none," Rogers said.

Reed is a 4-H member and is on the mock trial team, drama club, and plays football at McAlester High School.

Anyone wanting to get involved as a donor can drop off items at the J. Michael Miller Law Office or contact Angie Miller through Facebook.