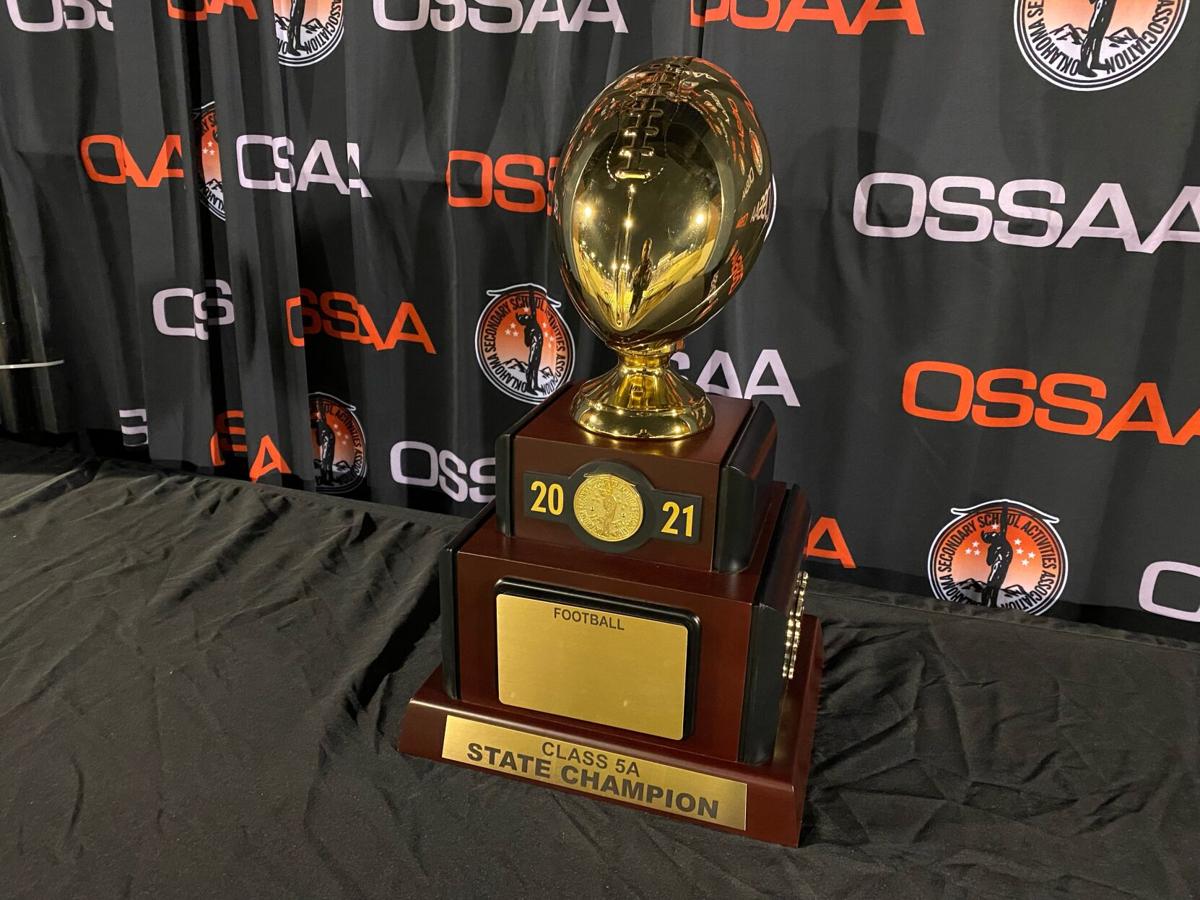 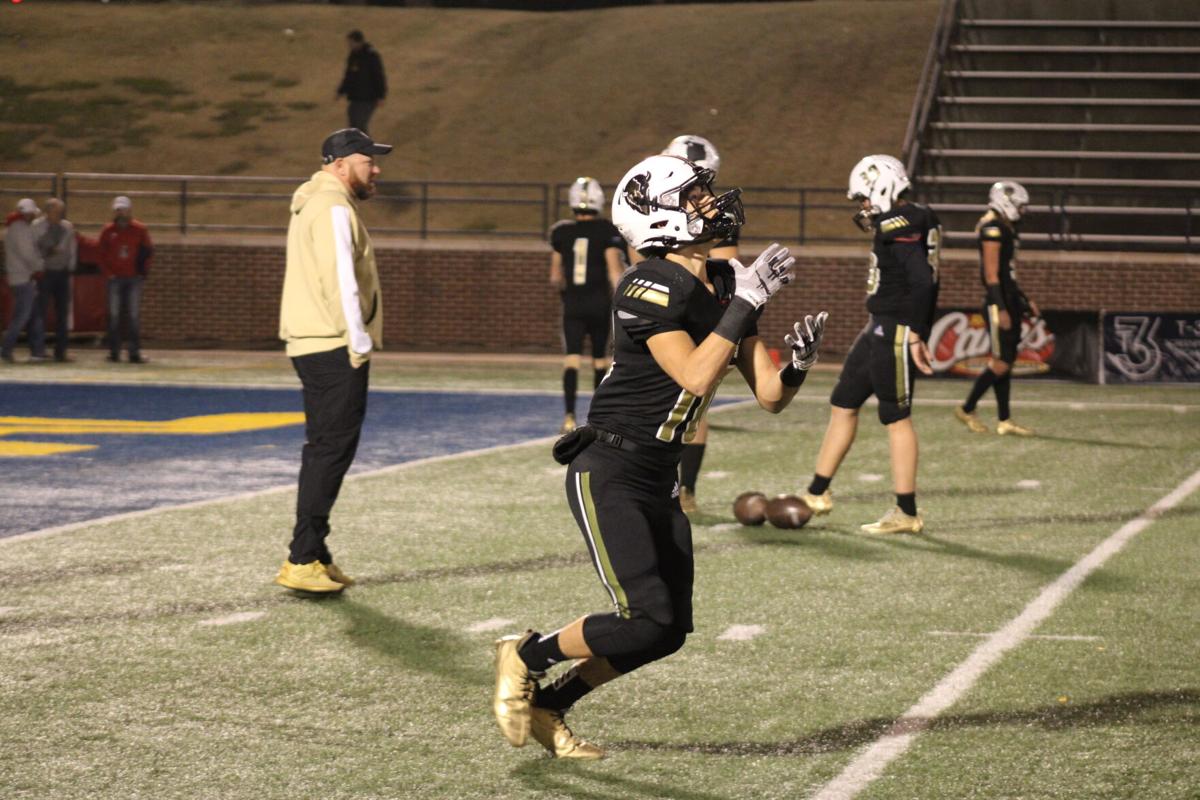 This live blog will be updated throughout the game and look for more coverage later tonight.

McAlester wins the toss and will receive the opening kick.

McAlester strikes first with Erik McCarty pounding in a six-yard run. Point-after kick is good for a 7-0 lead with 10:33 in the first.

Collinsville punts on its first possession after a three-and-put. McAlester takes over again at the 44 with 9:11 in the first.

McAlester turns it over on downs. Collinsville takes over at the 26 with 6:36 in the first.

Collinsville converts on fourth down to keep its drive alive, then connects on a 55-yard pass to get in the redzone.

Collinsville's Andrew Carney scores on a one-yard touchdown run and the point-after kick is good for a 7-7 tie with 2:53 in the first. Cardinals went eight plays and 74 yards on the drive.

Collinsville's Andrew Carney connects on a 23-yard touchdown toss to Oscar Hammond. Point-after kick is good to tie it at 14-14 with 1:44 in the first.

McCarty punches in a one-yard score and the kick is good for a 21-14 lead through the opening quarter.

McCarty has seven carries for 124 yards and three scores through the opening period. McAlester gained 193 total yards to Collinsville's 113.

Collinsville goes for it on fourth down at the 18 with Andrew Carney connecting with Oscar Hammond to tie it again at 21-21 with 9:24 in the half.

McAlester with an incomplete pass on fourth down to turn it over on downs at the 24.

McAlester misses a 42-yard field goal near the end of the half before Collinsville gets a big run.

Collinsville gets on the board first after the break with Carney punching in a two-yard score to take a 28-21 lead with 7:42 in the third.

McAlester's Trent Boatright punches in a short score to tie it again at 28-28 with six seconds left in the third quarter.

Collinsville's Andrew Carney punches in a score on fourth down for a 35-28 lead with 9:53 remaining. Cards went seven plays for 80 yards on the drive.

Carney took a sweep six yards to the right side for a score in the final two minutes to give the Cardinals a late lead.

It all comes down to this.

It’ll be a night Forrest Mazey has been looking forward to for a long time.

When Erik McCarty sees an opening, there’s not much that can stop him from reaching the end zone.