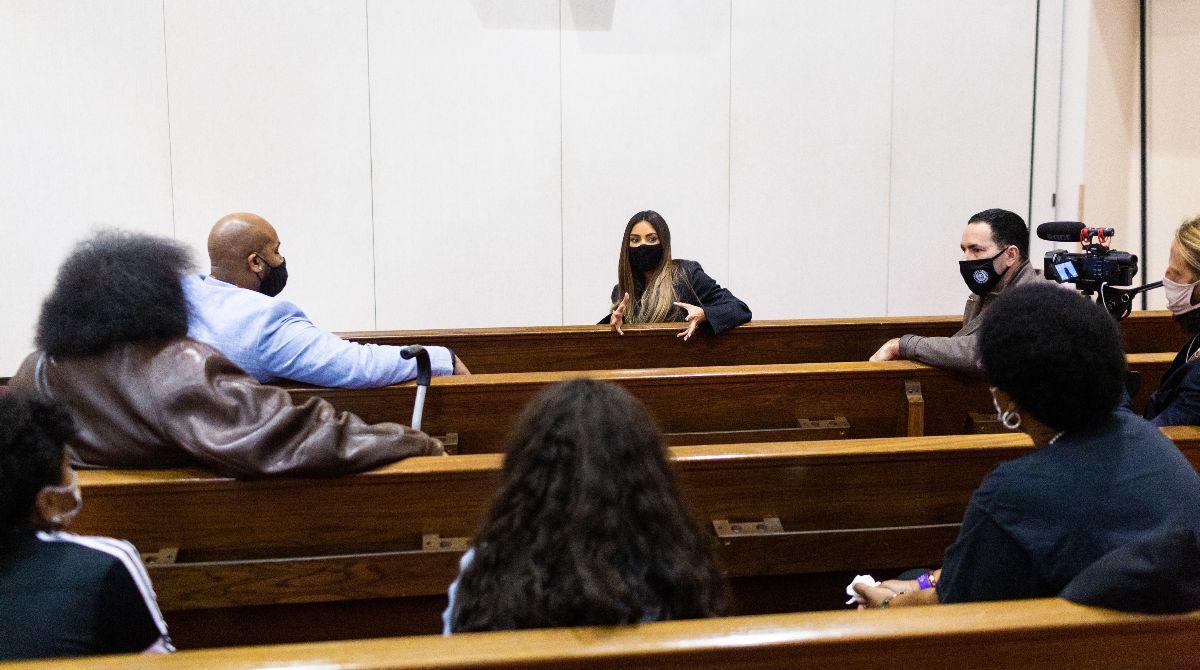 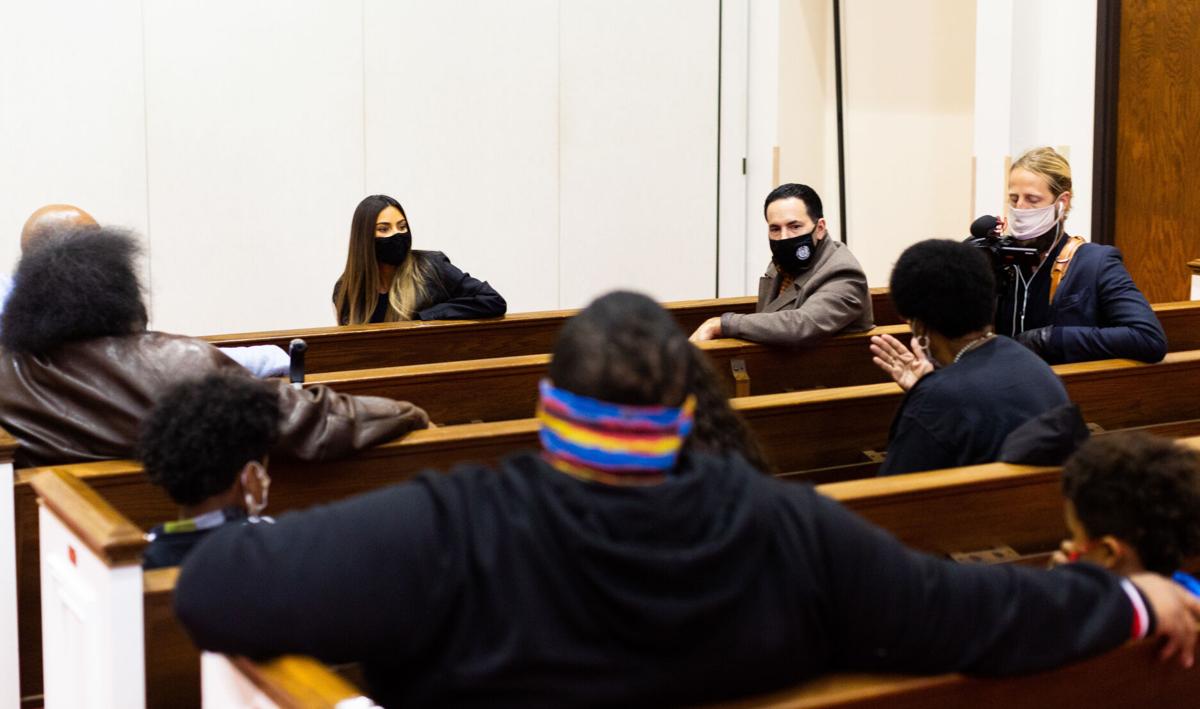 MCALESTER – Global celebrity and activist Kim Kardashian West travelled to Oklahoma today to visit with Julius Jones, a man on death row being held in Oklahoma State Penitentiary in McAlester.

Jones, who is Black, was convicted in 1999 of shooting a white businessman in Edmond but has maintained that he is innocent and was never even at the scene of the crime.

Kardashian West became involved in the Oklahoma-based “Justice for Julius” campaign after seeing the three-hour ABC documentary, “The Last Defense.” The documentary catalogues a litany of exculpatory evidence that supports Jones’ claims of innocence, including secret plea deals and suspect testimony from Jones’ co-defendant (who matched the eye-witness description of the shooter), an inadequate and wholly unprepared defense team, and racism on the jury.

Over six million people have signed a Change.org petition asking the Pardon and Parole Board and Oklahoma Governor Kevin Stitt to commute Jones’ sentence. In June, Attorney General Mike Hunter acknowledged the board had the authority to do so.

“Our family knows that Julius did not commit this murder, because Julius was at home with us at the time of the murder,” said Madeline Jones, mother to Julius Jones. “We were at home playing board games and eating spaghetti. The judge and jury that convicted and sentenced my son to die never heard that we were having a family game night. Julius' attorney never gave us the opportunity to tell them about where Julius was. My son did not kill anyone because he was home with his family.”

The defense team now admits to being unprepared at trial and that they never presented Jones’ alibi or called any witnesses to his defense. They failed to show photos that definitively prove that Jones did not match the eye-witness description.

Since Jones’ conviction, multiple prisoners have also come forward to offer sworn statements that Jones’ co-defendant bragged about framing him in exchange for a reduced sentence (read the affidavits here).

The Oklahoma Pardon and Parole Board can recommend that Julius’s death sentence be commuted and reduced. Governor Kevin Stitt would then have the ability to accept that recommendation.

Justice for Julius coalition leader Cece Jones-Davis said all Julius wants is a chance to tell his side of the story and present the evidence that should have been presented at trial.

“Here is a man with an alibi, who did not match the eye-witness description of the shooter, and who was convicted by the testimony of incredibly unreliable witnesses motivated by secret plea deals,” said Jones-Davis. “It has been more than one-year since Julius submitted his commutation application and we want the Pardon and Parole Board to grant Julius a hearing that will be full and fair and will also allow the board to consider the new evidence. Anything less would be a tremendous miscarriage of justice.”