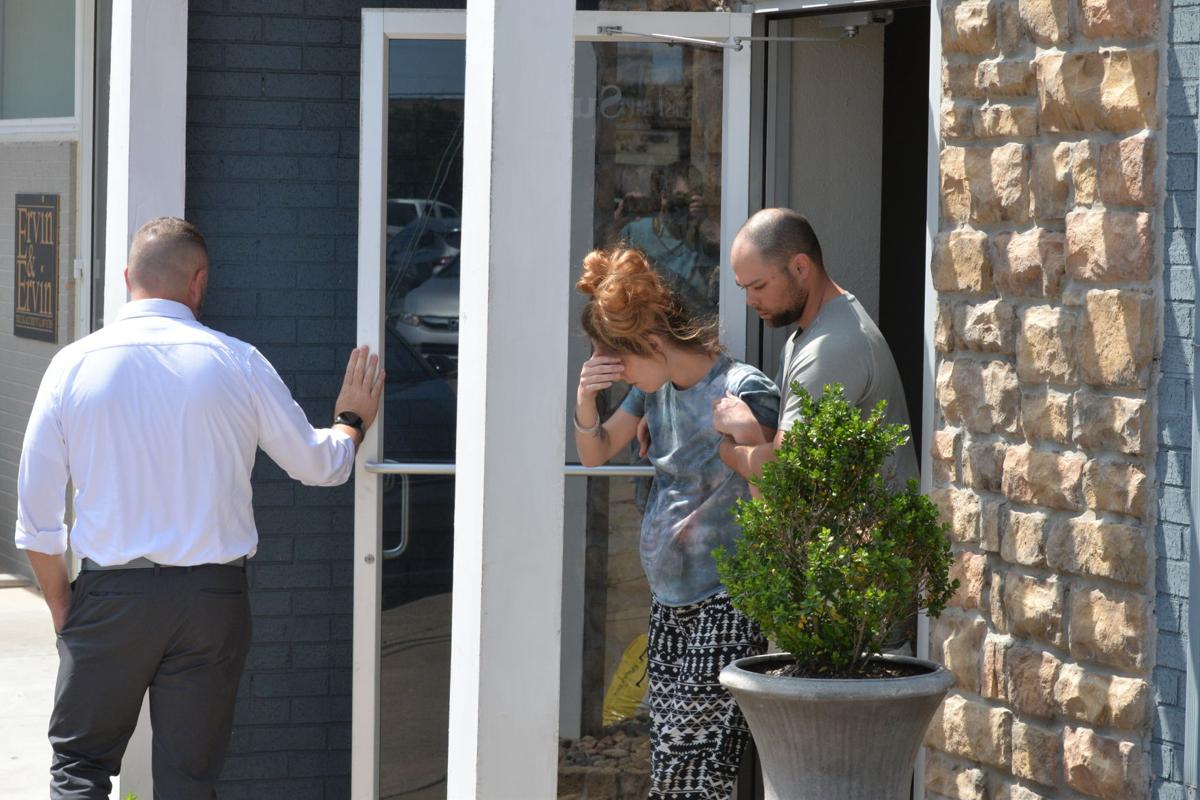 Ashley Dawn Marie Schardeni and Billy James Menees walk out of their attorney's office Tuesday before an initial court appearance. 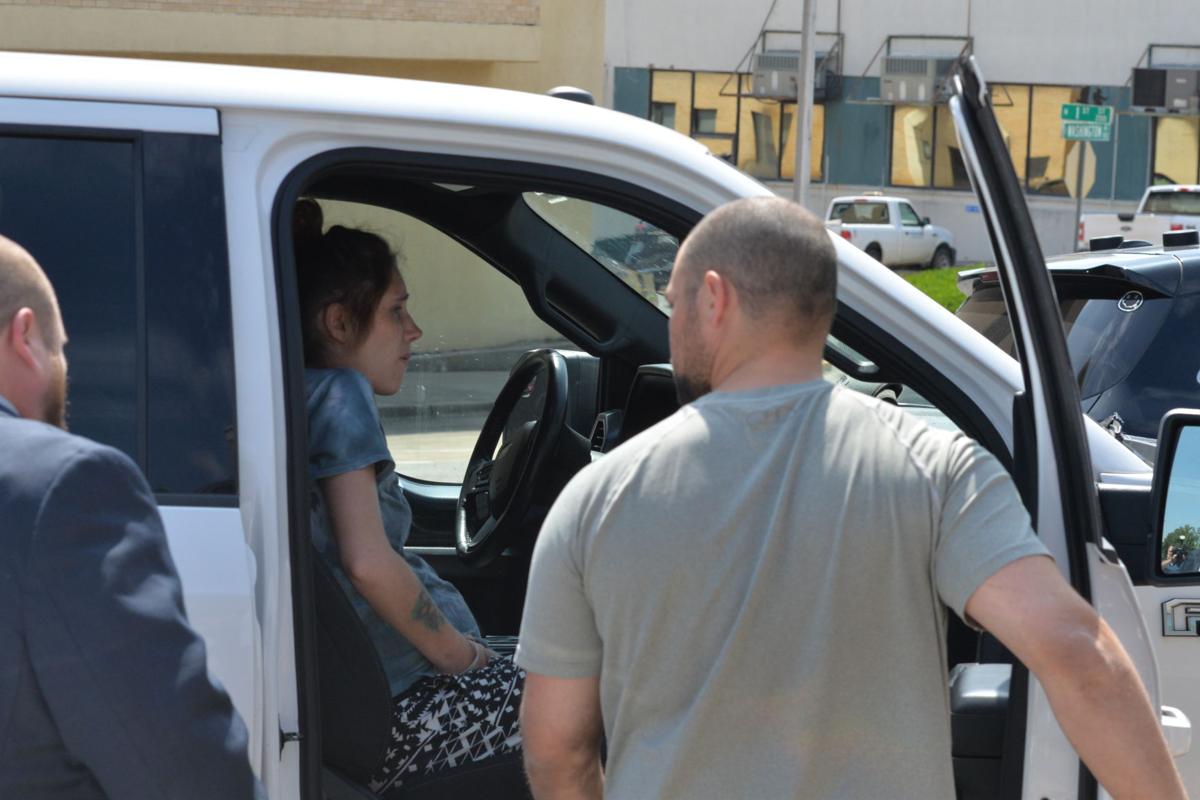 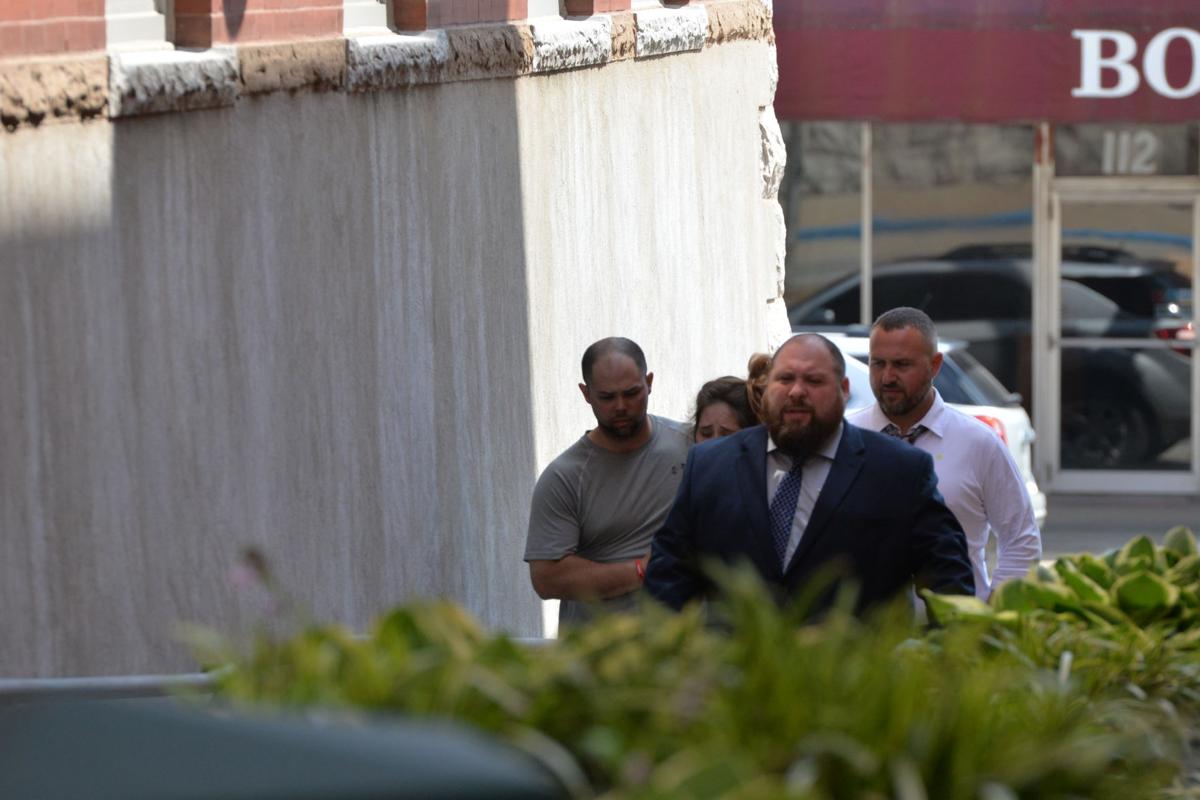 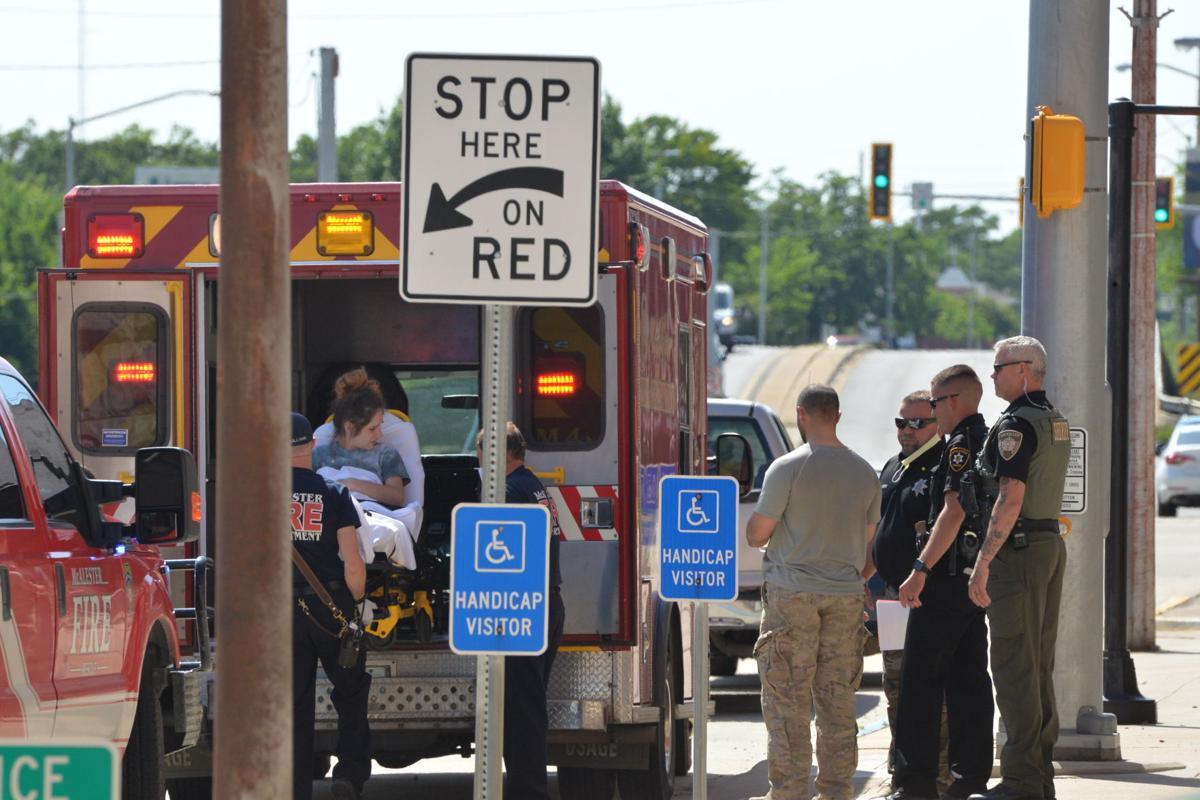 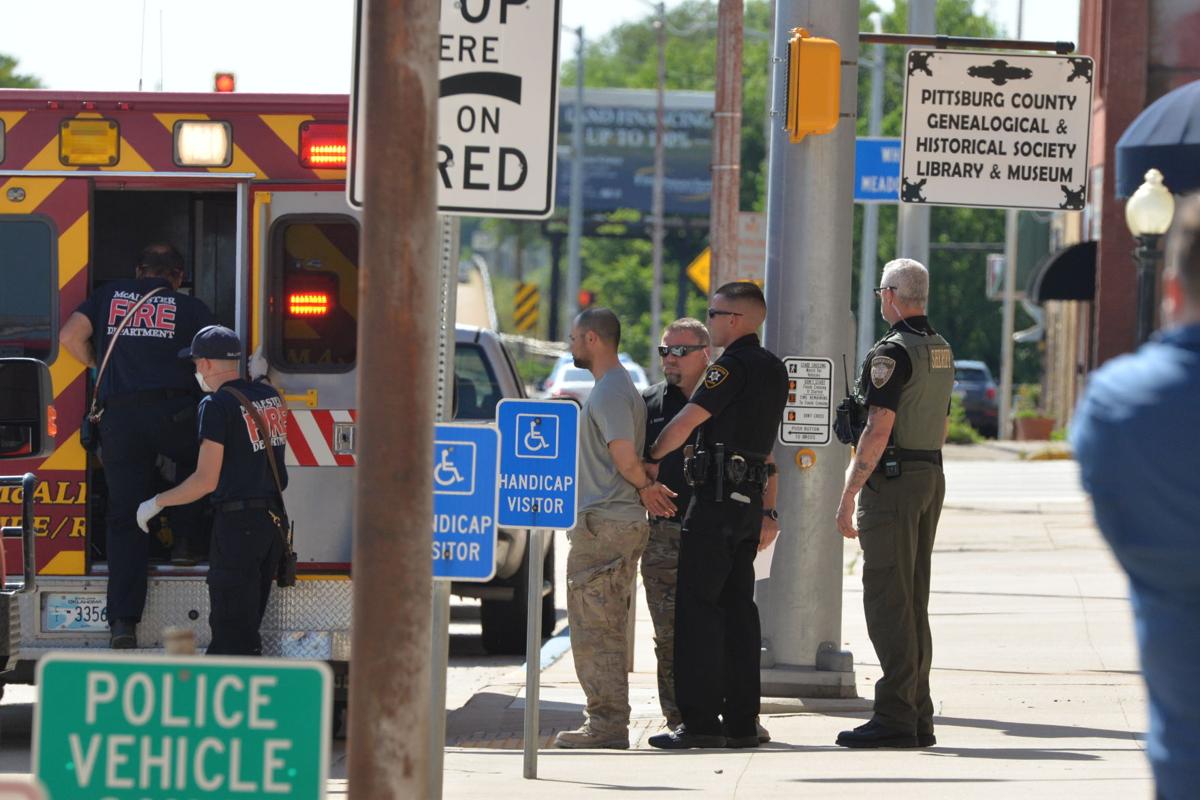 Ashley Dawn Marie Schardeni and Billy James Menees walk out of their attorney's office Tuesday before an initial court appearance.

A Pittsburg County judge set bond at $100,000 apiece for two McAlester residents accused of torturing a child — with one being transported to a hospital after her attorneys said she was in labor during an initial court appearance.

Ashley Dawn Marie Schardein, 24, and Billy James Menees, 27, both of McAlester, were each charged Tuesday with several counts related to the alleged child abuse, according to documents filed Tuesday at the Pittsburg County Courthouse.

Numerous officers and detectives from the McAlester Police Department surrounded the office of local attorneys Brecken Wagner and Blake Lynch with warrants for arrest prior to the arraignment.

Wagner drove Schardein to the courthouse because she was seven months pregnant, while Lynch walked with Menees.

According to Wagner, the defense and prosecutors agreed to a self-surrender for the two without the need for warrants. But prosecutors said Wagner hung up before an agreement so the district attorney's office moved forward in seeking warrants with $500,000 bonds for the accused.

“It’s about a little girl who was not just abused once or twice,” Hastings-Hughes said. “But has been beaten to a pulp for at least a month, if not more. She was tortured and made to look like she just got out of Auschwitz.”

Schardein and Menees were charged together with child abuse by torture, kidnapping, and four counts of child abuse, according to court documents.

According to the child abuse by torture charge, the two are accused of torturing a 10-year-old girl “by excessively punishing with emotional and verbal abuse, physical abuse, including spanking, tying her hands and feet for long periods of time, shaving her head, not allowing her to use the restroom, forcing her to sleep on a concrete floor with no pillow, no blanket and intentionally keeping it cold in the room, restricting her diet to oatmeal, spinach and water, and/or forcing her to stand up for painfully long periods of time during the day sometimes in wet clothing under a cold fan.”

The other charges list alleged instances of striking the girl with a large wooden paddle, wooden spoon, a sock stuffed with a bar of soap, a belt, and smashing the child’s head into a wall, documents state.

During the arraignment, Wagner argued the two were not a danger to the public since the children in the house were now in the custody of the Department of Human Services.

Schardein winced throughout the proceeding and Wagner said it was due to contractions that were brought on by stress from the process. Wagner then asked for a $50,000 bond apiece for Schardein and Menees.

After Hastings-Hughes read a text message between the accused and a Facebook post from Schardein, the prosecutor told Mills that the woman would be seeking visitation with the children “and if she’s not in prison, DHS will probably give it to her.”

Wagner objected by yelling that the prosecutor’s statement was “ridiculous.”

Mills ordered both sides to stick to the statutory factors, before the defense and prosecutors began yelling over each other and the judge ordered them to stop and sit down.

Before Mills could rule on a bond, Schardein began to wince and Mills told his staff to request an ambulance.

“I don’t really want to deliver a child in here,” Mills said.

After talks about possible GPS monitoring, Mills declined to order GPS monitoring and gave Schardein and Menees a $100,000 bond apiece.