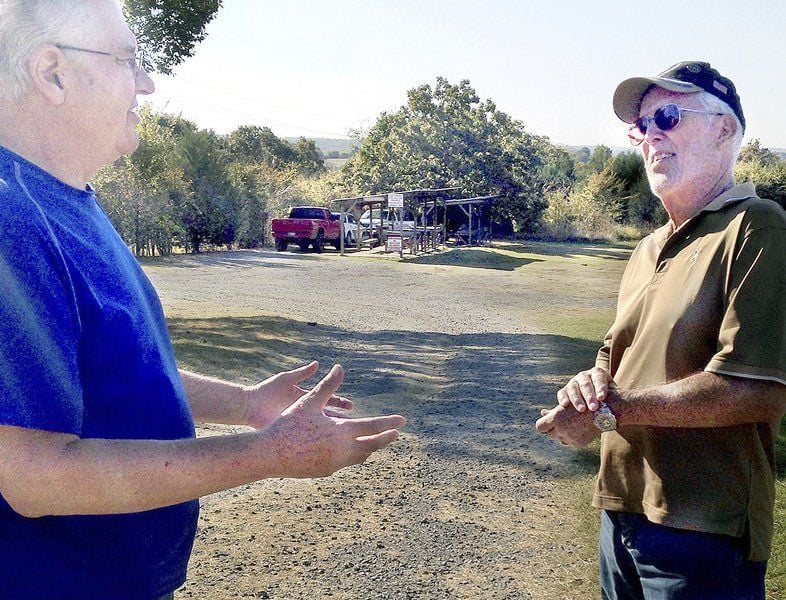 Staff photo by Parker Perry Jerry Kleager and Bill Nicholson stand at a gun range on North Hickory Street. The gun range is the only gun range the Lake Eufaula Rod and Gun Club runs now after it closed its other gun range due to serial vandalism. 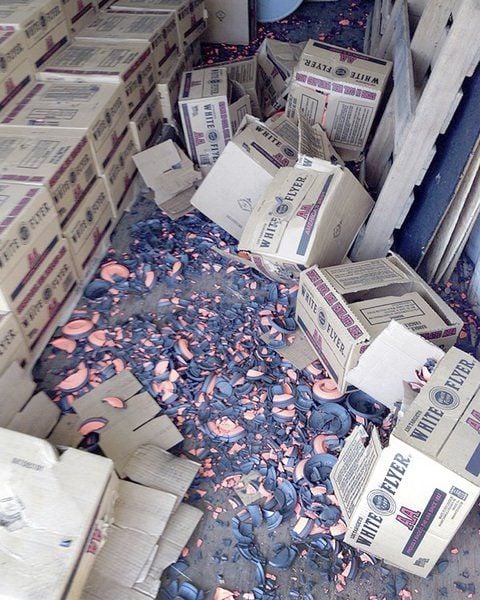 Staff photo by Parker Perry Jerry Kleager and Bill Nicholson stand at a gun range on North Hickory Street. The gun range is the only gun range the Lake Eufaula Rod and Gun Club runs now after it closed its other gun range due to serial vandalism.

Tucked off Water Works Road in McAlester, just past Youth Lake, is a shotgun shooting range where gun enthusiasts have enjoyed  skeet shooting for a long time.

The range is now closed, however, due to vandalism. That repeated vandalism of property has proven too much for the Lake Eufaula Rod and Gun Club to keep up with.

“It’s a shame,” said Bill Nicholson, an administrative member of the club.

Nicholson said the club has always coped with vandalism at its ranges. However, recent vandalism at the range off Water Works has officials calling it quits.

Nicholson said some time last month a vandal(s) broke into the gun range when it was closed. The perpetrators used a four-wheeler and left a trail of destruction.

“We keep Blue Rock clay targets under lock and key in a portable container like they use to ship stuff overseas,” Nicholson said. “We had guys shoot holes through this container. That was bad enough. Then they use bolt cutters to cut the lock, they get in there and destroy the blue rock (clay targets). These things say ‘fragile as eggs’ on the boxes. They did the most damage they could. They carried the box outside, dumps them and breaks them on the infield.”

Jerry Kleager is also an adminstor for the club. He said the clay targets were not cheap.

The vandals caused thousands of dollars in damage overall. Along with the clay targets, Nicholson said the vandal(s) rammed their four-wheeler into a picnic area at the range and destroyed it. He also said it appears a chain was tied around the high house of the shooting range in an attempt to break the door. He said concrete was destroyed in this process, but it did not look like they got into the house.

The damage is just too much for the club to handle. Nicholson said it was not an easy decision to close the range for good.

“You have lawless (offenders) who wants to destroy stuff. I don’t get it,” Nicholson said.

Kleager said he doesn’t know what to do besides close the shooting range.

“We can’t hire someone to just stand out there,” Kleager said. “We don’t have the money.

“It’s really disappointing someone would do this.”