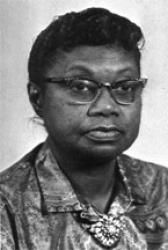 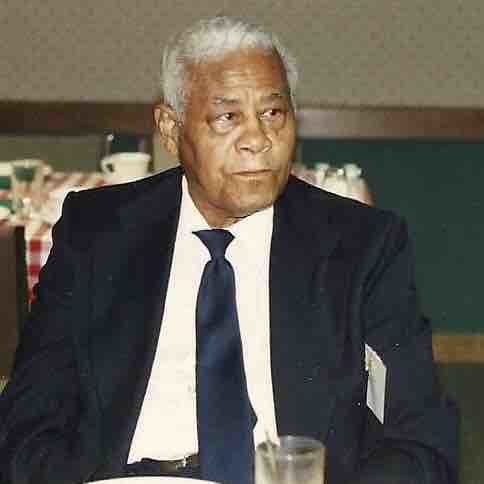 Dr. Willa Allegra Strong was born in South McAlester Indian Territory in the summer of 1906; she would be just over a year old when Oklahoma became a state.

Willa was the oldest child of William and Ruby Strong, natives of Texas. William worked as a garage mechanic and Ruby gave piano lessons and later taught music in the public schools. Willa attended the first segregated McAlester L’Ouverture School built in 1908, which consisted of four classrooms. She pursued her academics, attending grade school and high school, graduating in 1924 from the same school that in 1929 she would return to as a teacher and eventually become both the elementary and high school principal, a title she would hold for 30 years.

She developed a reputation as one of Oklahoma’s foremost African-American educators. In 1956, she was elected president of the Oklahoma Association of Negro Teachers after having served twice as president of the East Central District Association and vice president of the Oklahoma State Association. She was also active in civic work, serving as superintendent of the Sunday school of the Ward Chapel Methodist Church for 30 years, as well as teaching a Sunday school class. The McAlester Community Concert Association and the Human Relations Council were two of her special interests. When the McAlester City Council was setting up any special study or action committee concerning local citizens, she was often appointed to represent the African-American interests.

In 1968, McAlester Public Schools integrated, which began the end of L’Ouverture as a separate identity in the system. This action transferred 115 L’Ouverture high school students to the McAlester High School, leaving L’Ouverture with the first eight grades. At the final integration of the grade school, Dr. Strong was assigned as vice principal of the McAlester Junior High School, but illness caused her to be ineffective in that position and she retired on June 30, 1970, after 41 total years of service to L’Ouverture school.

Dr. Strong died August 12, 1971, from breast cancer and was buried in Oak Hill Cemetery. On that day the McAlester City Council passed a resolution renaming 11th Street from South Street to Electric Street in her honor, naming it Strong Boulevard. Later, the L’Ouverture Alumni Association erected a historical marker on Strong Boulevard just north of Washington Street in her memory.

Dr. Willa Strong was a STRONG leader of African-American people in the strongest since of the word.

Intersecting with Strong Boulevard and heading east up the hill in the direction of the L’Ouverture School is the street we know as Wade Watts Avenue. And rightly so.

Reverend Wade Alexander Watts was born in September of 1919, in Kiamichi, Oklahoma (Pushmataha County), to Charlie Alexander Watts and Mittie Harris on the hillside of the Kiamichi Mountains. Cotton farming had taken place around Kiamichi since territorial times and a sizable African-American population came to live there. In later decades, with the eclipse of cotton and other agriculture to cattle ranching, much of the African-American population departed for elsewhere. The Watts family moved to Canada, lived there five years, and then moved back to Oklahoma and settled in Eufaula. Wade spent most of his life in Pittsburg County and was the long-time pastor of the New Jerusalem Baptist Church.

Watts worked to desegregate public facilities and institutions during the 1940s and 1950s. He worked with Thurgood Marshall on the Ada Lois Sipuel challenge to segregation in the law school of the University of Oklahoma; consequently, the Supreme Court ruled in 1948, in Sipuel v. Board of Regents of Univ. of Okla., that barring Sipuel from the school was unconstitutional. He rose to become the head of the NAACP in Oklahoma, and became friends with national leaders of the civil rights movement like Martin Luther King Jr., and in 1965 participated with Dr. King in the march for freedom, justice, and equality in Selma, Alabama.

As the state leader of the NAACP, Watts was a target of the Ku Klux Klan and in 1979 had the opportunity to debate the Grand Dragon of the Oklahoma KKK, Johnny Lee Clary, on an Oklahoma City radio station. Clary refused to shake Watts’s hand before the broadcast, but Watts shook his hand anyway and introduced himself by telling Clary that Jesus loved him

During his many years of community service, he was appointed to the Civil Rights Commission under President Lyndon B. Johnson where he served five years. Watts met twice with President Jimmy Carter on civil rights issues. His speaking engagements took him to Russia, Belgium, Germany, Italy, France, and Washington D.C., where he spoke on numerous occasions, not to mention an uncountable number of engagements within his home state of Oklahoma. In 1984, he met in Frankfort, West Germany with 61 nations on providing food for the starving people in Africa. He served four years on the Oklahoma Crime Commission, five years as chaplain at Oklahoma State Penitentiary and served on the Human Rights Commission. Throughout his career, he received numerous awards and commendations. He retired as labor inspector from the Oklahoma State Labor Commission in 1982. Reverend Wade Watts died in 1998 and is buried in McIntosh County.

When Willa Strong was a young girl her family lived at 1501 E. Wyandotte Ave. During the 1980s when Wyandotte Avenue was widened beyond Strong Boulevard and traversed for the first time beneath the U.S. 69 Bypass into the shopping area, it was renamed Wade Watts Avenue. Just before the service road west of the bypass on the south side of the street is a memorial marker that shares the same quote as on Watt’s tombstone, “I’d give up silver and gold to have it said that I helped someone.”