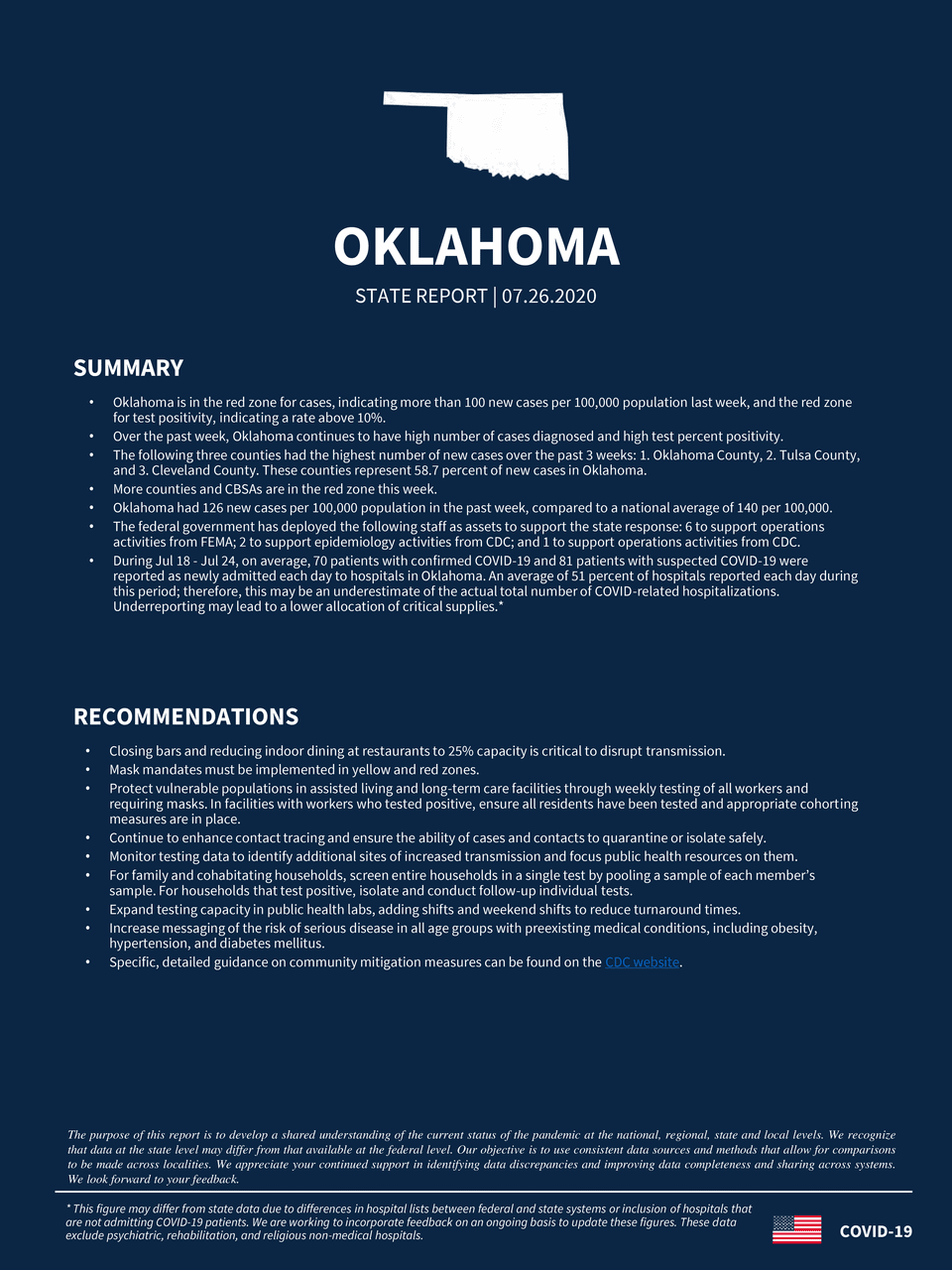 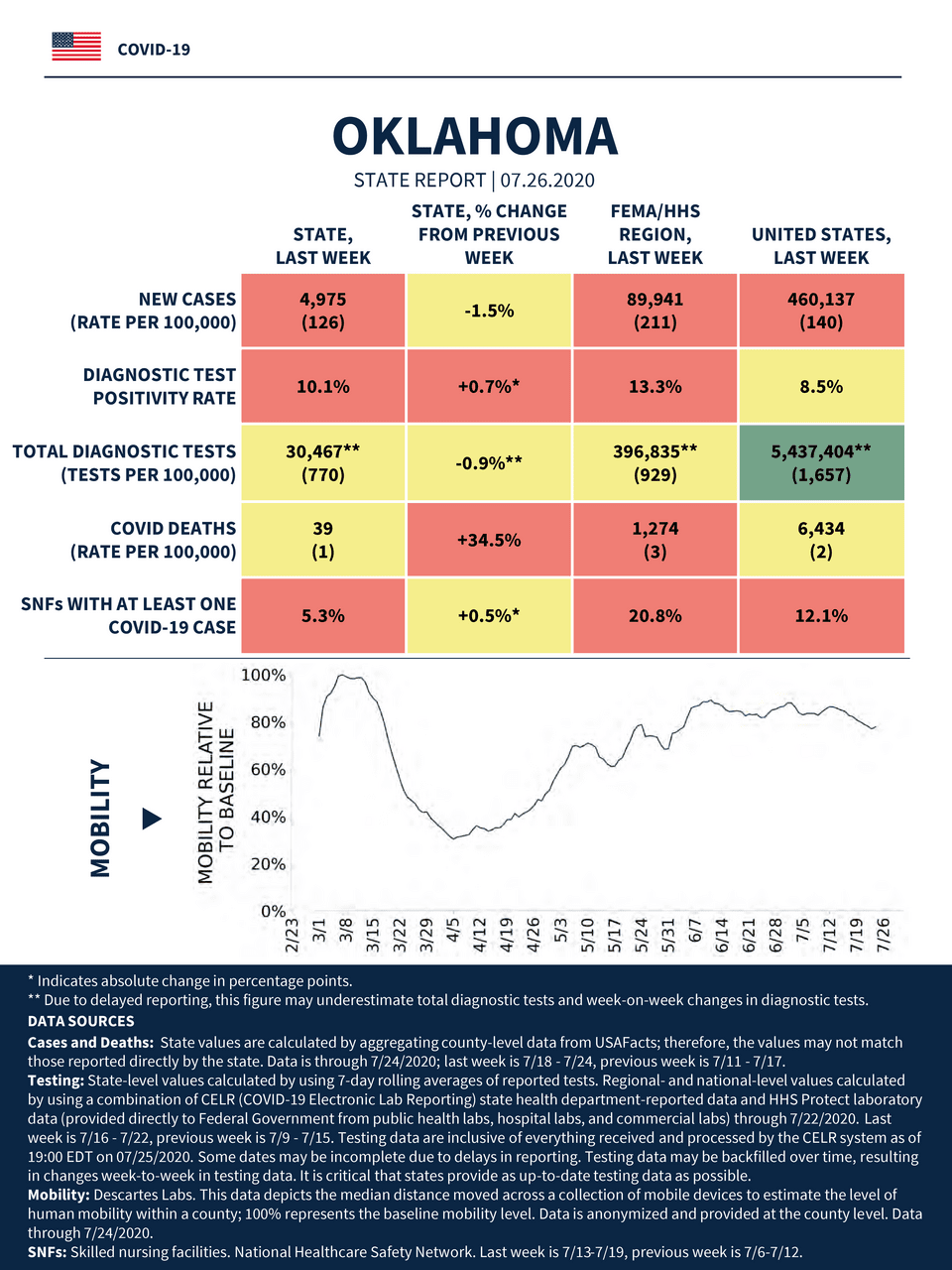 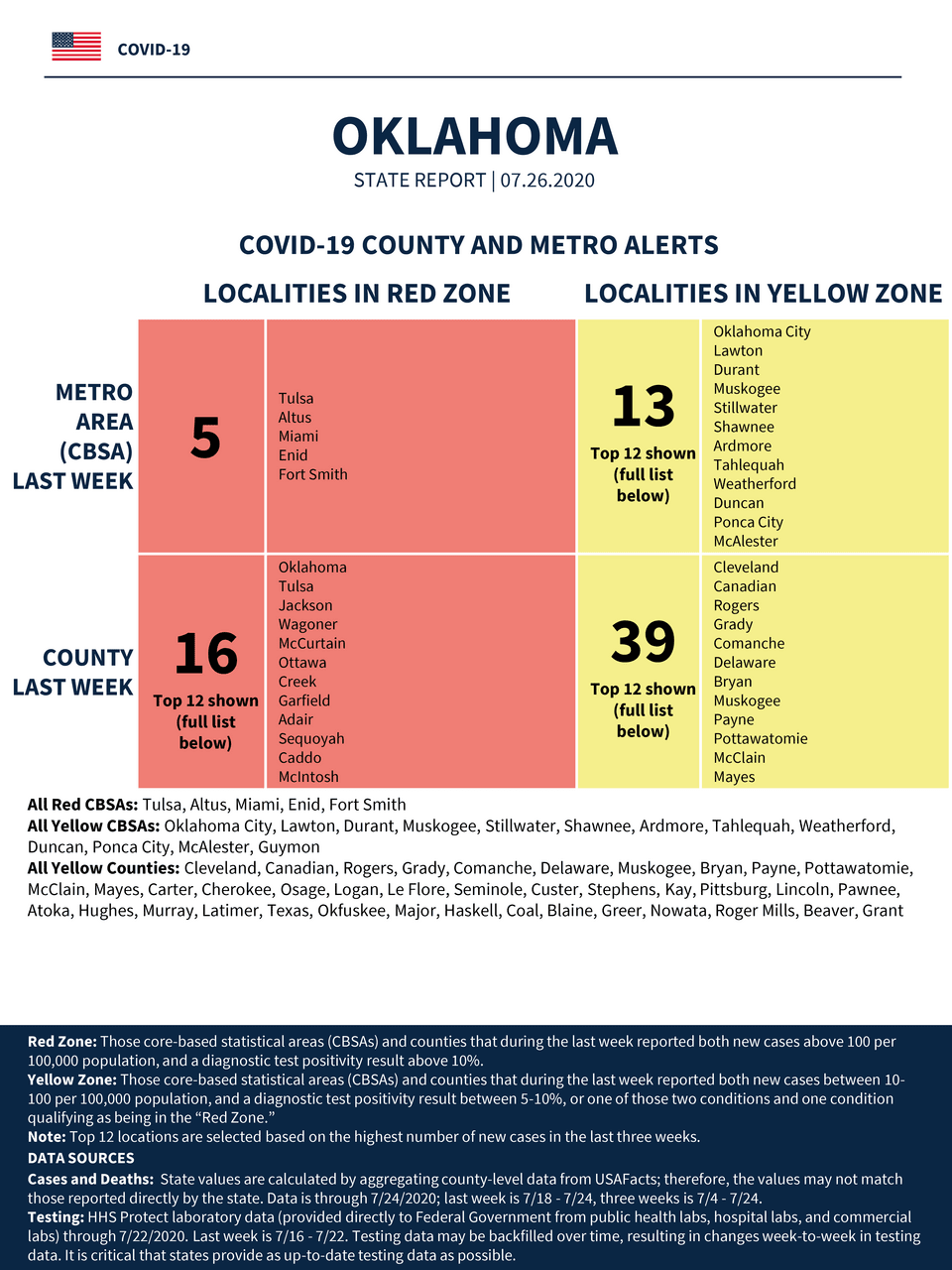 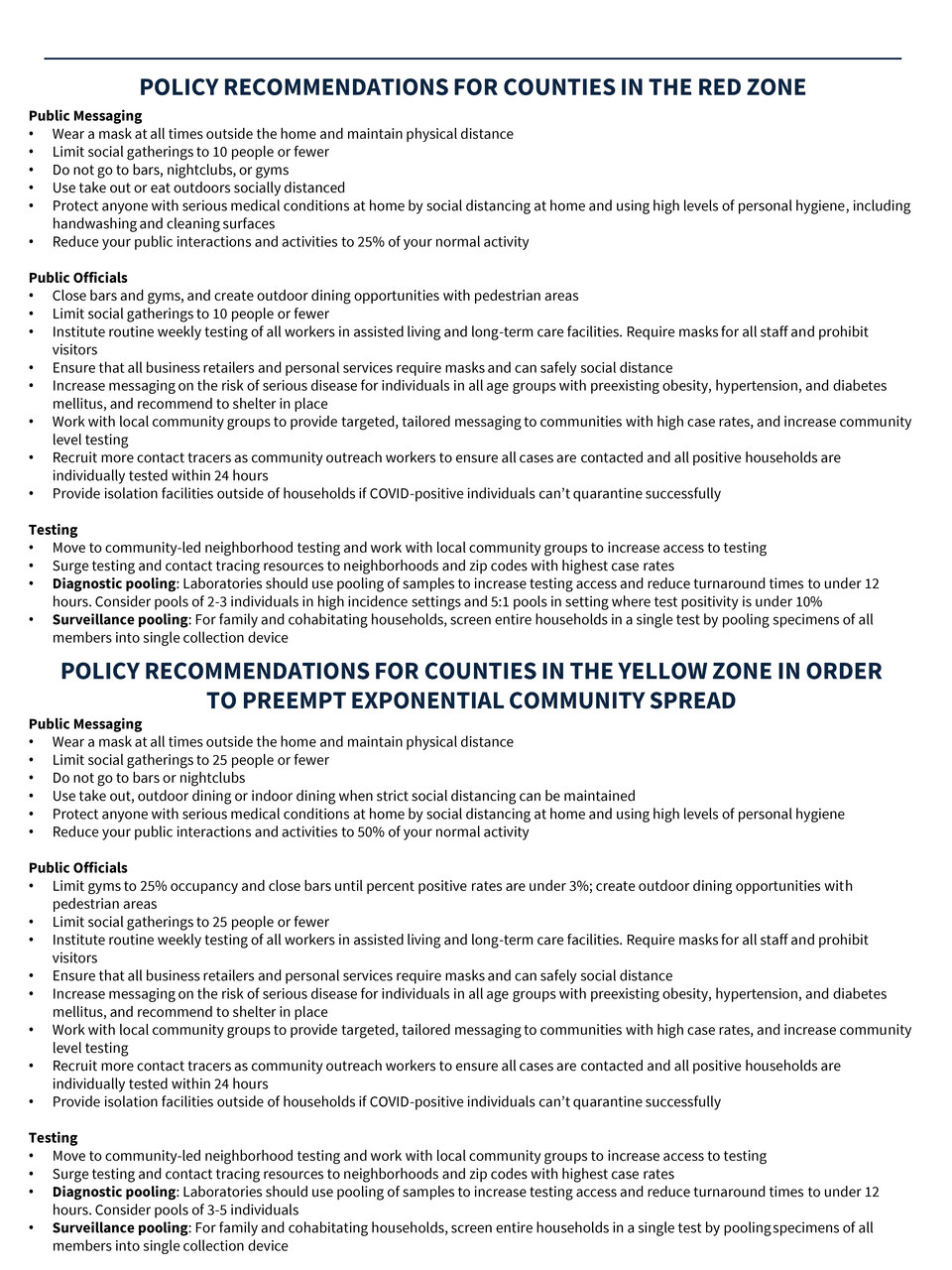 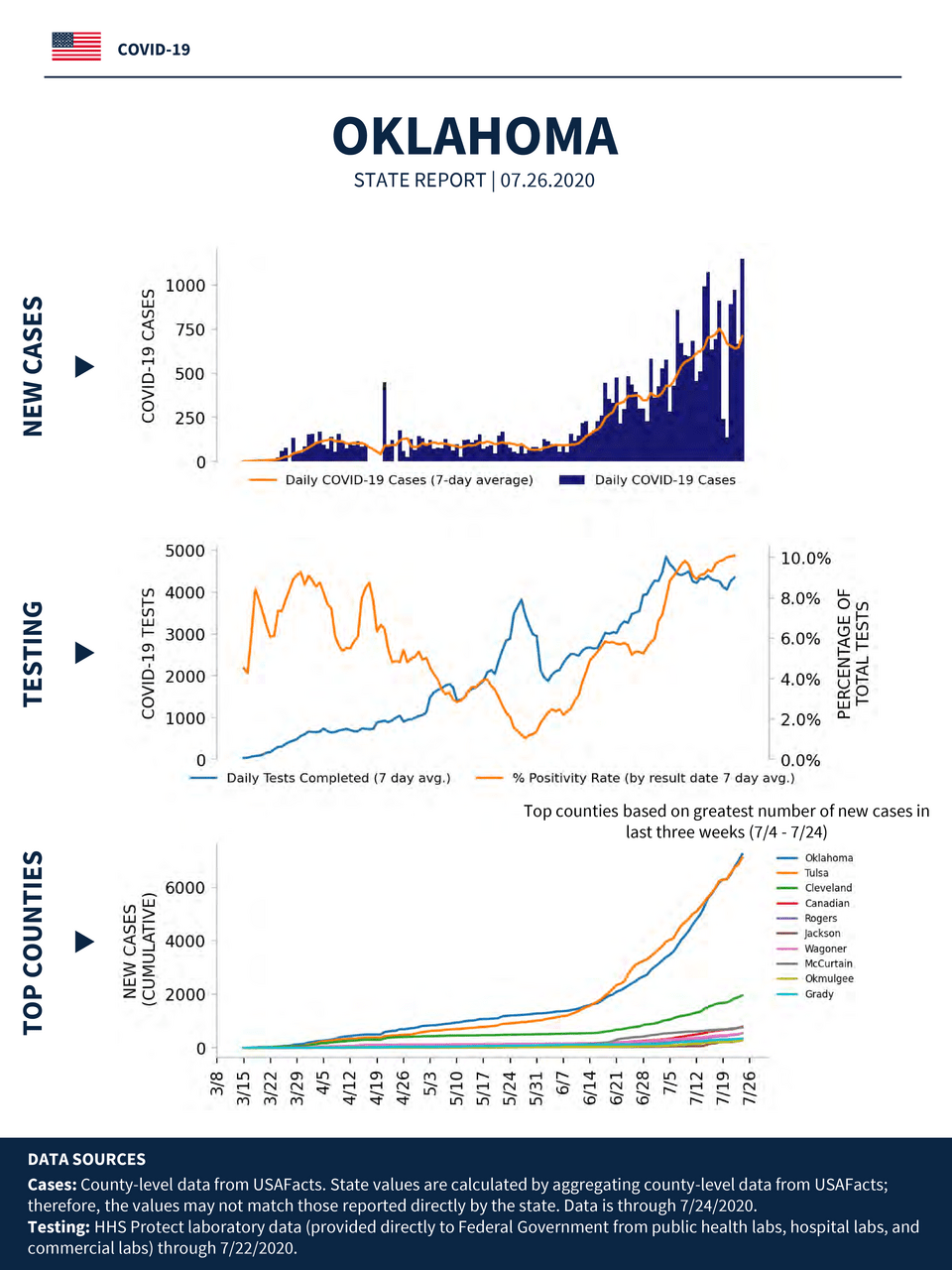 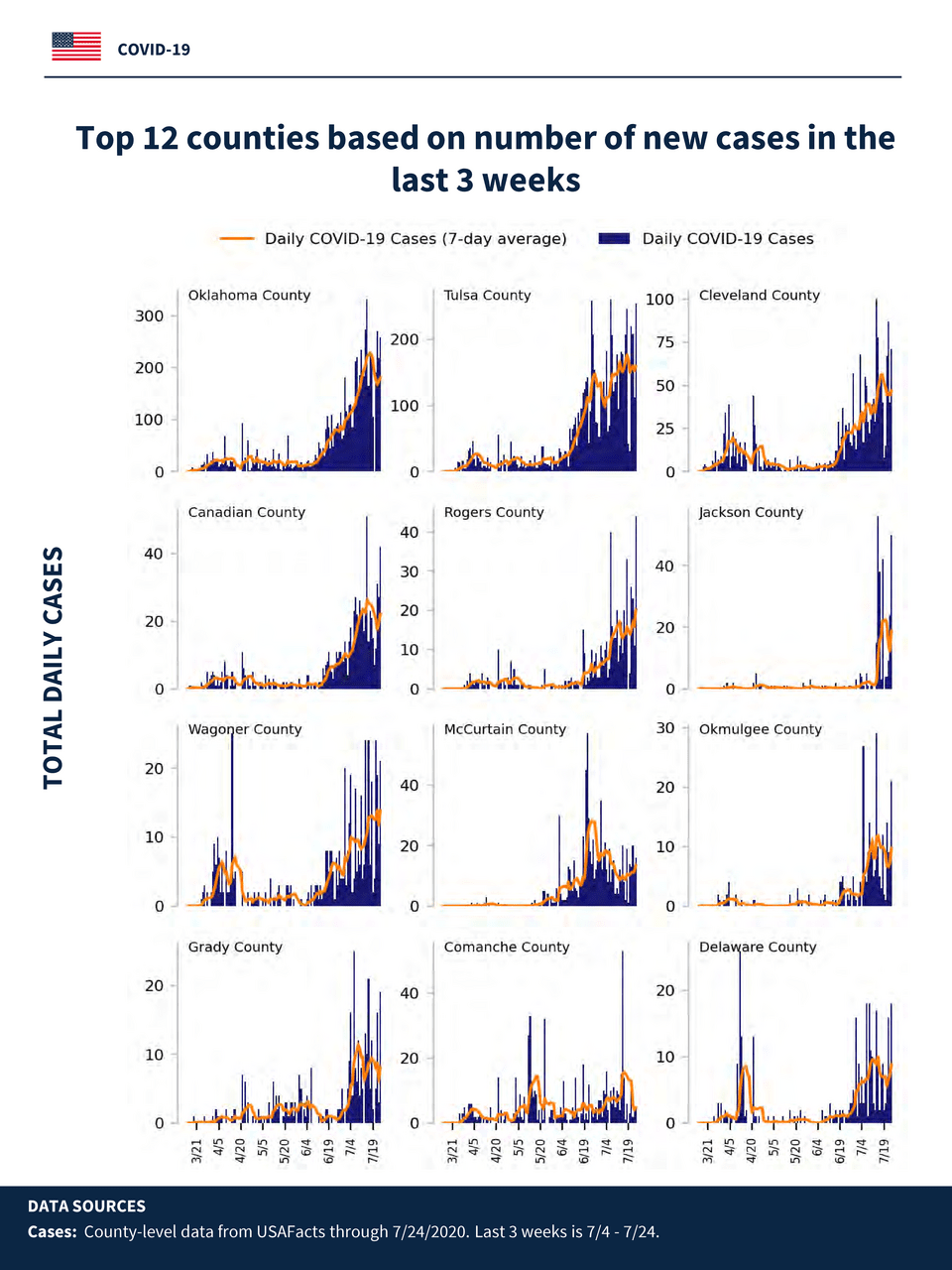 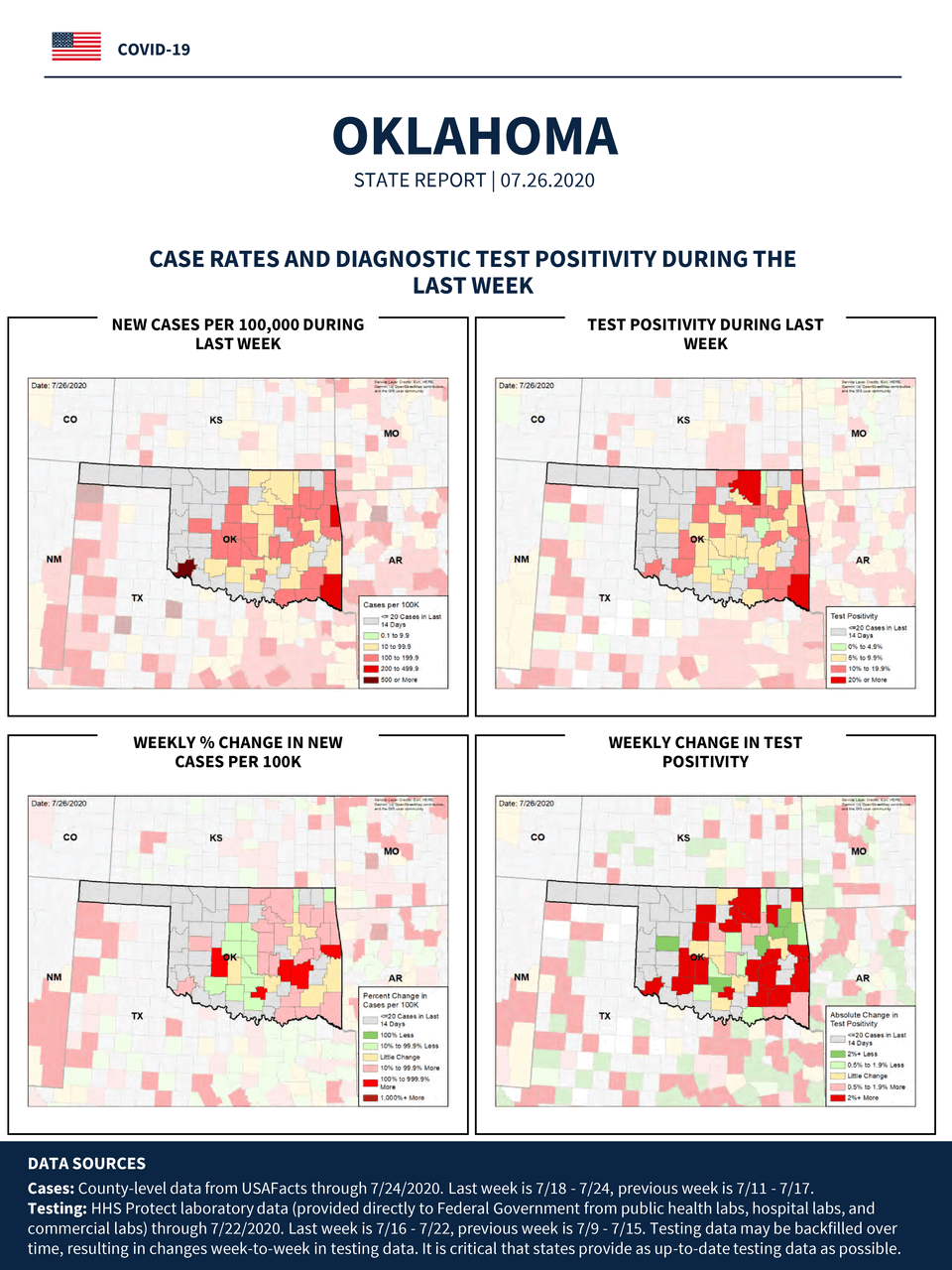 Washington, D.C.  — Today, Rep. James E. Clyburn, Chairman of the Select Subcommittee on the Coronavirus Crisis, sent letters to Vice President Mike Pence, Coronavirus Response Coordinator Dr. Deborah Birx, and the governors of Georgia, Florida, Oklahoma, and Tennessee, calling on them to comply with science-based protective measures recommended in a report prepared for the White House Coronavirus Task Force but not shared with the public.

The Task Force’s report warned that the virus is still spreading widely in many states and provided recommendations to improve states’ responses to the pandemic.

“This unpublished report recommends far stronger public health measures than the Trump Administration has called for in public—including requiring face masks, closing bars, and strictly limiting gatherings,” the Chairman wrote. “Yet many states do not appear to be following these unpublished recommendations and are instead pursuing policies more consistent with the Administration’s contradictory public statements downplaying the seriousness of the threat. In light of the alarming surge of coronavirus cases and deaths across the country, I am troubled that the Administration would seek to keep public health recommendations secret rather than publicly communicating the importance of these measures to the American people and ensuring they are followed nationwide.”

The report, dated July 26, identifies 21 states in the “red zone” that are experiencing spikes in new cases or in test positivity. The report recommends these states impose heightened public health measures, such as face mask requirements, bar and gym closures, and mandated social distancing.

Dr. Birx echoed these recommendations during a private call with state and local officials on July 22, during which she noted that 11 major cities are seeing increases in test positivity and that it is “critical” to be “aggressive about mitigation efforts.”

“Although the Task Force has apparently provided private suggestions to state governments, many states have not implemented these recommendations—and instead appear to be following the contradictory public messaging coming from the Administration. The Select Subcommittee’s analysis shows that at least 17 of the 21 “red zone” states are not following at least one of the report’s recommendations—with states like Florida, Georgia, Oklahoma, and Tennessee each ignoring multiple recommendations. On July 26, Tennessee Governor Bill Lee stated that he has no plans to institute a statewide mask mandate or to close bars and restaurants—even after meeting personally with Dr. Birx to discuss the Task Force’s recommendations.”

“The unpublished report recommends that all 21 “red zone” states impose mask requirements statewide or in hot spots. However, 12 of these states have refused to impose statewide mask mandates—including states with severe case spikes like Arizona, Florida, Georgia, Oklahoma, South Carolina, and Tennessee. Two “red zone” states—Georgia and Iowa—have banned local jurisdictions from imposing mask mandates. Others have followed an ineffective patchwork approach, with mask requirements in certain local jurisdictions but not others.”

The letter to Vice President Pence and Dr. Birx notes, “The White House’s refusal to publicly call for strong public health measures and to ensure nationwide compliance has led to an uneven patchwork of restrictions across states, counties, and cities. This approach is allowing the virus to spread, prolonging and exacerbating the public health crisis facing this country.”

The letter requests copies of the Task Force’s recommendations to the states and information regarding the steps the Administration is taking to ensure the recommendations are implemented nationwide.

In letters to Georgia Governor Brian Kemp, Oklahoma Governor Kevin Stitt, Florida Governor Ron DeSantis, and Tennessee Governor Bill Lee, the Chairman outlined multiple areas in which each of the states are not in compliance with Task Force recommendations.

The Chairman stated, “Failure to comply is allowing the virus to spread, prolonging and exacerbating the public health crisis facing the state. I urge you to act quickly and mandate science-based public health measures.”

Click here to read the letter to Vice President Pence and Dr. Birx.

The letter to Gov. Kevin Stitt can be found here.

Joe McMurtrey, 90, of Haileyville, Oklahoma passed away Friday, August 10, 2020 at Walnut Grove Living Center in McAlester, Oklahoma. Graveside services will be 10 a.m. on Friday, August 14, 2020 at Elmwood Cemetery Pavilion in Hartshorne. The family asks that you wear a mask. He was born Fe…

Norma C. Blankenship, 81, of Red Oak, Oklahoma, passed away on Friday, August 7, 2020 at her home. Services will be on Wednesday, August 12, 2020 at 2 p.m. at the Red Oak First Baptist Church in Red Oak, with the burial to follow in the Mt. Station Cemetery near Hartshorne, Oklahoma. Officia…