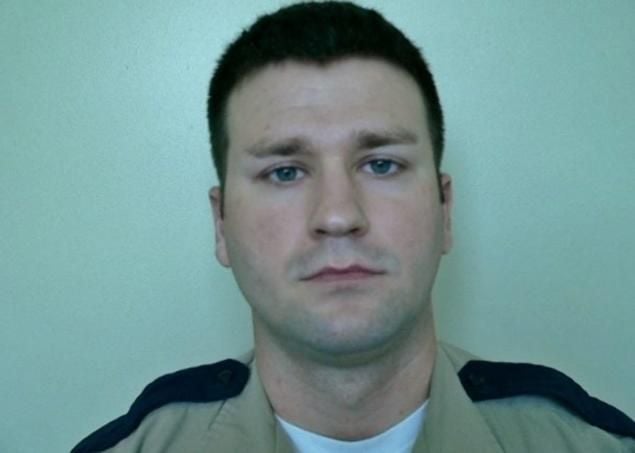 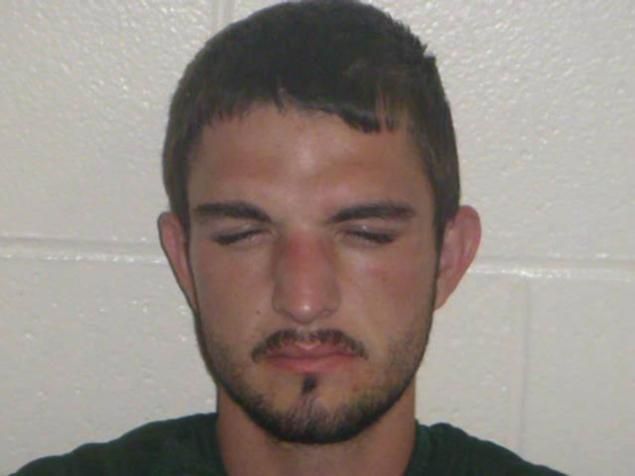 An Ohio police officer is being praised for preventing a "suicide by cop," after a murder suspect approached him screaming "Shoot me!"

Officer Jesse Kidder of the New Richmond Police Department was was wearing a body camera when he confronted a double-murder suspect after a high speed chase through Ohio.

The suspect has been identified as Michael Wilcox, 27, and he is accused of shooting his girlfriend and another person before leading police on a three-county chase outside Cincinnati.

The chase came to an end in New Richmond, where Wilcox encountered Kidder, a former Marine who served two tours in Iraq and received a Purple Heart.

On the video, Wilcox can be heard screaming “Shoot me” to Kidder, who has his weapon drawn and pointed at Wilcox.

Even as Wilcox continued to approach Kidder with his hands stuffed into his pockets, Kidder refused to fire.

"Law enforcement officers all across the nation have to deal with split-second decisions that mean life or death,” Kidder told wlwt.com. "I wanted to be absolutely sure before I used deadly force."

The body cam that Kidder was wearing wasn’t issued by his department. It was given to him by a relative, Kidder told WLWT.

"The suspect exited his vehicle and charged Officer Kidder in an apparent 'suicide by cop' attempt," New Richmond Police Chief Randy Harvey stated on the department's Facebook page. "Officer Kidder's personal body camera captured the whole event. Officer Kidder's life was placed in immediate danger and I am proud to say, 'He used great restraint at the risk of his own safety.'"

According to Harvey, Wilcox was taken into custody without incident and has been charged with the murder of Courtney Fowler. Located in the suspect's vehicle was evidence of a second murder victim in Erlanger, Kentucky, in which Wilcox is a suspect

Wilcox is being held in Brown County Jail on $2 million bond. He has not entered a plea.