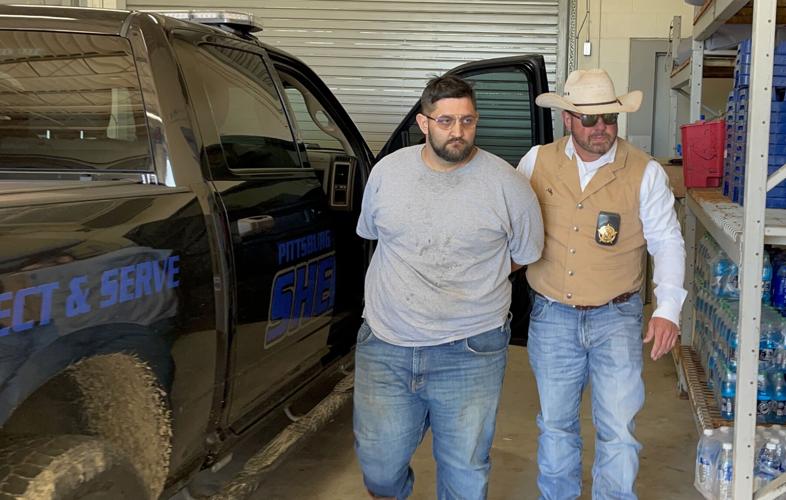 Cody Ketchum, left, was arrested in the murder of Holly Cantrell and Pittsburg County Sheriff Chris Morris took him into custody Monday. 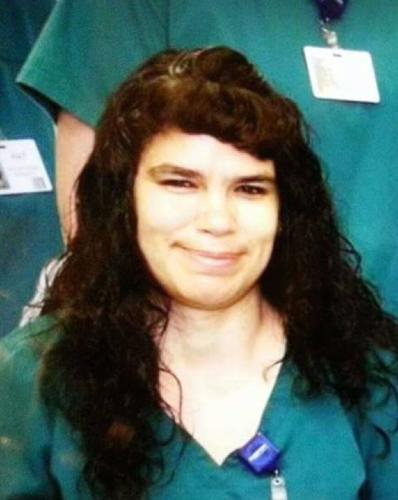 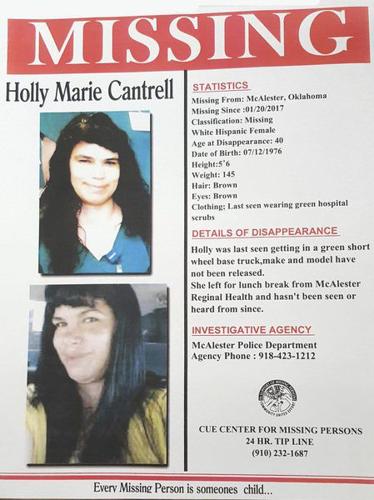 Cody Ketchum, left, was arrested in the murder of Holly Cantrell and Pittsburg County Sheriff Chris Morris took him into custody Monday.

Pittsburg County Sheriff Chris Morris said his department arrested a man Monday on a warrant in the death of Holly Cantrell, the McAlester woman whose case received national attention after she went missing in 2017.

Cody Ketchum, 36, Eufaula, was arrested Monday on a warrant issued accusing him of first-degree murder in the homicide of Holly Cantrell and destroying evidence.

Bones discovered in 2018 were confirmed through DNA testing to be Cantrell's in 2020 before more evidence presented to a multi-county grand jury led to the indictment and Monday arrest.

“We took it to grand jury, and they voted to indict him so we got a warrant issued,” Morris said. “It was a sealed warrant."

The sheriff said evidence found on Ketchum’s cell phone through execution of several search warrants led to the indictments.

Morris said his department took Ketchum into custody outside of the main gate of the McAlester Army Ammunition Base in Savanna.

Ketchum was booked into the Pittsburg County Jail on Monday afternoon, where he was being held on a $1 million bond, according to a copy of the warrant dated Oct. 14.

Cantrell was 40 when she was reported missing Jan. 20, 2017 after video shows she left her job at McAlester Regional Health Center during a lunch break at 11:56 a.m. that day. Hospital security video showed Cantrell wearing green nursing scrubs when she left and got into a green, short wheelbase truck, police said.

Police said the last reported sighting of Cantrell was at 12:20 p.m. that day at Braum's Restaurant at 625 S. George Nigh Expressway.

Cantrell's disappearance was featured on the Investigation Discovery channel and several state and national outlets.

The Pittsburg County Sheriff’s Department opened a homicide investigation into Cantrell after her remains were found in February 2018 on a secluded peninsula in the Cardinal Point Recreation Area in northern Pittsburg County.

The bones were discovered less than two miles from where a hunter found a purse belonging to Cantrell on Feb. 25, 2017. Morris said the skeletal remains were found on the south end of Cardinal Point and the purse was found on the north end.

Morris said investigators from his agency and the Oklahoma Attorney General’s Office worked together on the investigation that was later presented to the state Multicounty Grand Jury impaneled in Oklahoma City.

“They sent some investigators down and they helped us a bunch as far as search warrants and really getting some key evidence,” Morris said.

“We’re glad that the grand jury brought back an indictment and warrant,” Hearod said. “We spent lots of hours and a lot of energy trying to get some justice for the family and for Holly.”

Two detectives from MPD assisted in the arrest of Ketchum.